Pits and Channels of Hebrus Valles

The drainages in this image are part of Hebrus Valles, an outflow channel system likely formed by catastrophic floods.

Hebrus Valles is located in the plains of the Northern lowlands, just west of the Elysium volcanic region. Individual channels range from several hundred meters to several kilometers wide and form multi-threaded (anastamosing) patterns. Separating the channels are streamlined forms, whose tails point downstream and indicate that channel flow is to the north. The channels seemingly terminate in an elongated pit that is approximately 1875 meters long and 1125 meters wide . Using the shadow that the wall has cast on the floor of the pit, we can estimate that the pit is nearly 500 meters deep.

The pit, which formed after the channels, exposes a bouldery layer below the dusty surface mantle and is underlain by sediments (see inset image). Boulders several meters in diameter litter the slopes down into the pit. Pits such as these are of interest as possible candidate landing sites for human exploration because they might retain subsurface water ice (Schulze-Makuch et al. 2016, 6th Mars Polar Conf.) that could be utilized by future long-term human settlements. 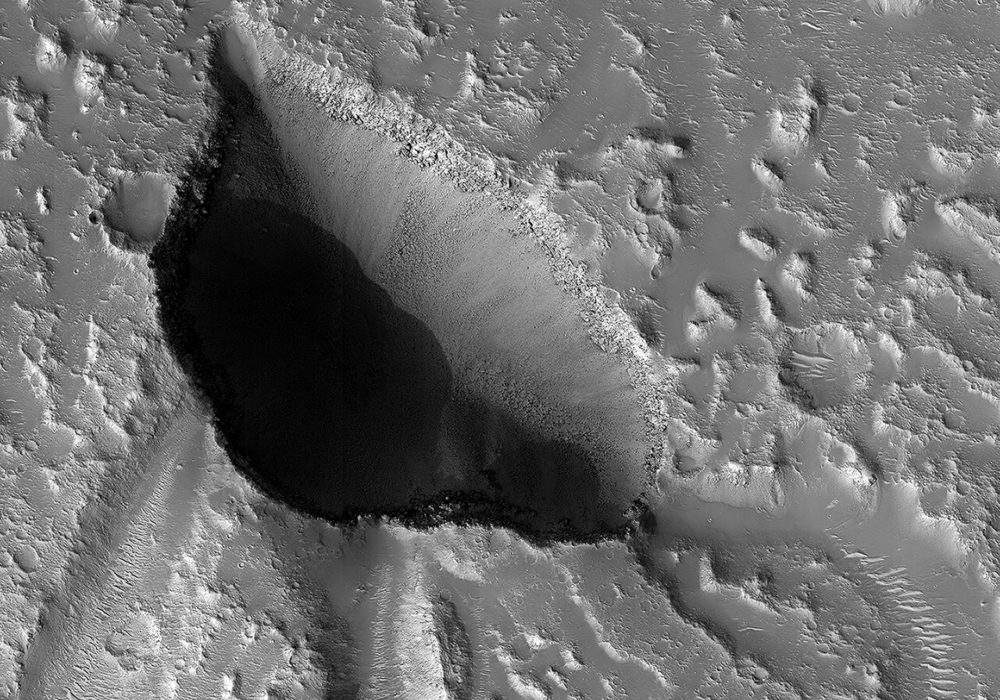