The pits visible here aren’t impact craters . The material they’re embedded into is ejecta (stuff thrown out of an impact crater when it forms) from a large crater called Hale which is not seen in this image.

Substances called “volatiles”—which can explode as gases when they’re quickly warmed by the immense heat of an impact—exploded out of the ejecta and caused these pits. Unrelated sand dunes near the top of the image have since blown over portions of the pits. 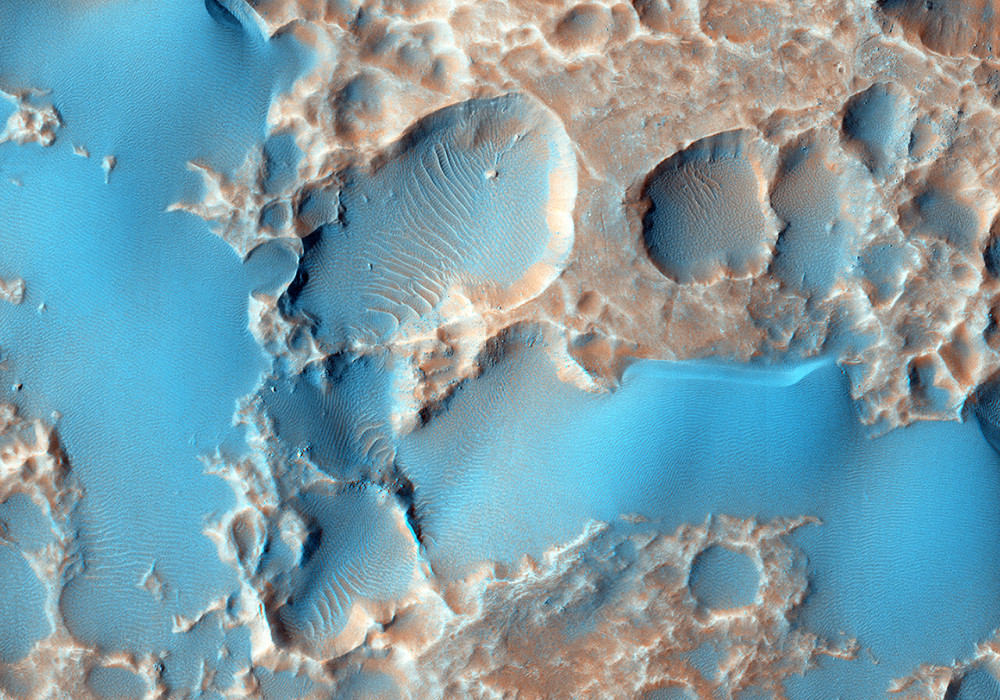