The bright band running diagonally through the center of this image is a sun-facing scarp exposing the south polar layered deposits (SPLD).

Near the top of the scarp, dozens of pits are visible in the SPLD. Based on Mars Express MARSIS and MRO SHARAD radar observations, the SPLD are probably rich in water ice. It is therefore possible that these pits were formed by evaporation and escape of water from beneath the surface of the SPLD, followed by collapse into the voids created by removal of water ice.

The surface of the SPLD is typically covered by dust, protecting the underlying water ice from evaporation. It is not clear why the water ice would have evaporated and escaped from the pits in this area—perhaps the scarp is steep enough that the SPLD are being pulled down slope by gravity.Written by: Ken Herkenhoff   (9 January 2008) 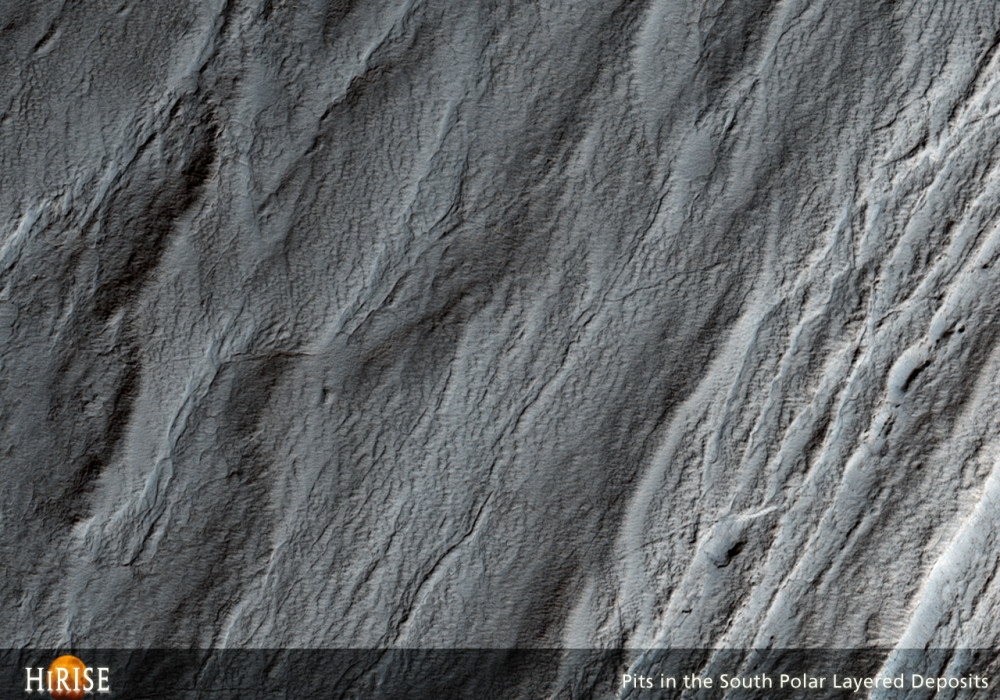