This observation shows pits in Acheron Catena, a chain of circular depressions located southeast of Alba Patera, the widest and flattest volcano on Mars. The layers seen around the pit rims ( see subimage, approximately 350 meters across) are likely lava flows from Alba Patera or the nearby Tharsis Mons.

The pits probably formed by collapse into empty space beneath the surface as opposed to being formed by an impactor from space. Some of the pits have large piles of material in their centers. These piles are evidence of collapse of the walls, which may have occurred after the main collapse event that formed each pit. The second pit from the right has an indistinct north rim; it appears that there were at least two collapse events here.

A couple of the pits have oval shaped craters on their walls ( see subimage, ). The craters were almost certainly circular when they formed, but time and gravity have allowed the deformation of their shape by mass wasting. Written by: Kelly Kolb   (6 December 2007) 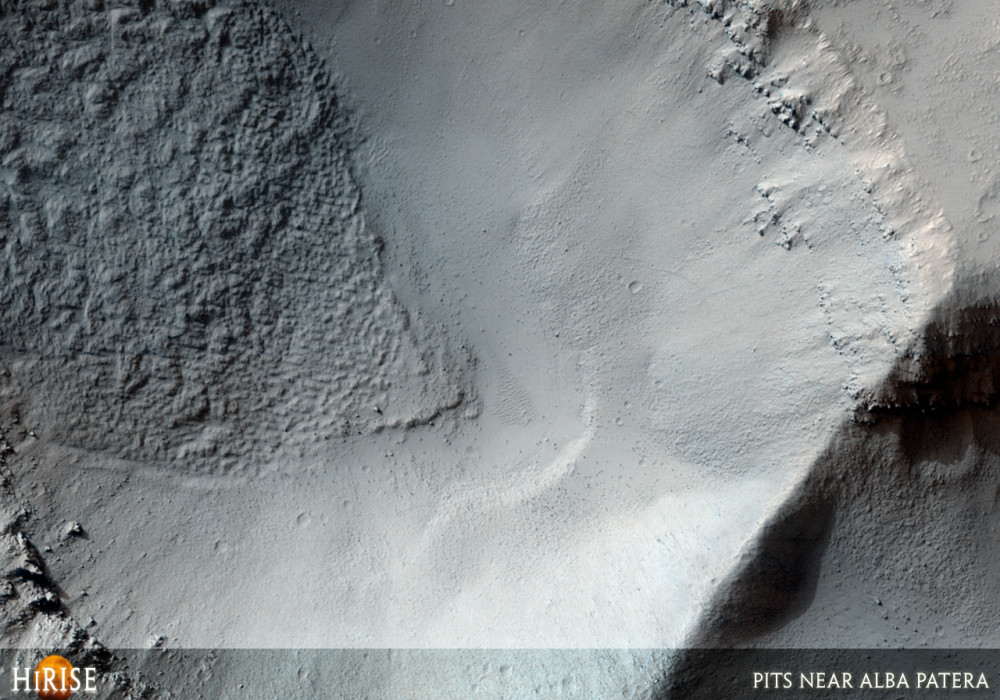