Large impact craters often have pits on their floors. Some of these (with raised rims) are later impacts, but some are thought to originate immediately after the crater forms when slurries of molten and broken rocks occupy the crater floor.

Bakhuysen Crater, located in Noachis Terra, is thought to be the largest crater that possesses (and has preserved) these pitted materials. 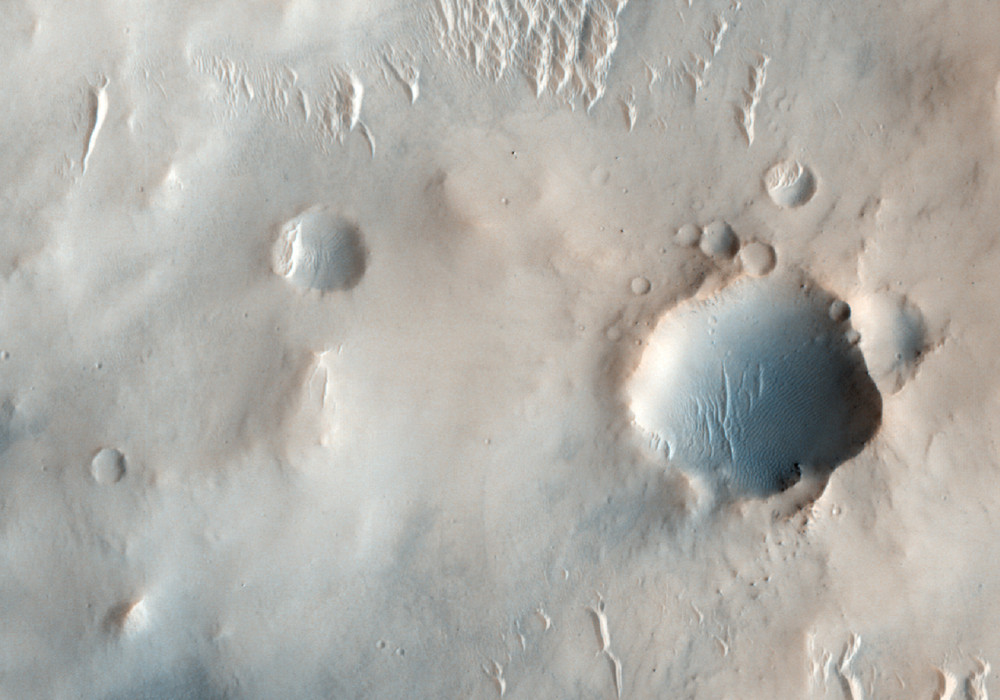