This image near Mars’ North Pole was a public image suggestion, with the following rationale: “My three year old son has dubbed this white smudge ‘Pluvo Point’, he thinks ‘we should take a picture of it to learn about how snow and ice comes down on Mars.’ ”

Although we can clearly see the bright area in this image, it isn’t due to frost or ice at this time of year (early summer), and doesn’t have the relatively blue color expected for frost. So, what does create the “white smudge”?

The image shows a typical region of northern plains covered by polygons and boulders. There are dark areas in low spots that are probably due to windblown dark sand. Where the sand is most abundant, it forms the dunes seen near the top and bottom of this image. The “white smudge” appears to be a region with relatively little dark sand. It isn’t actually white, but it is brighter than other nearby regions. These could be low hills where the sand doesn’t collect. 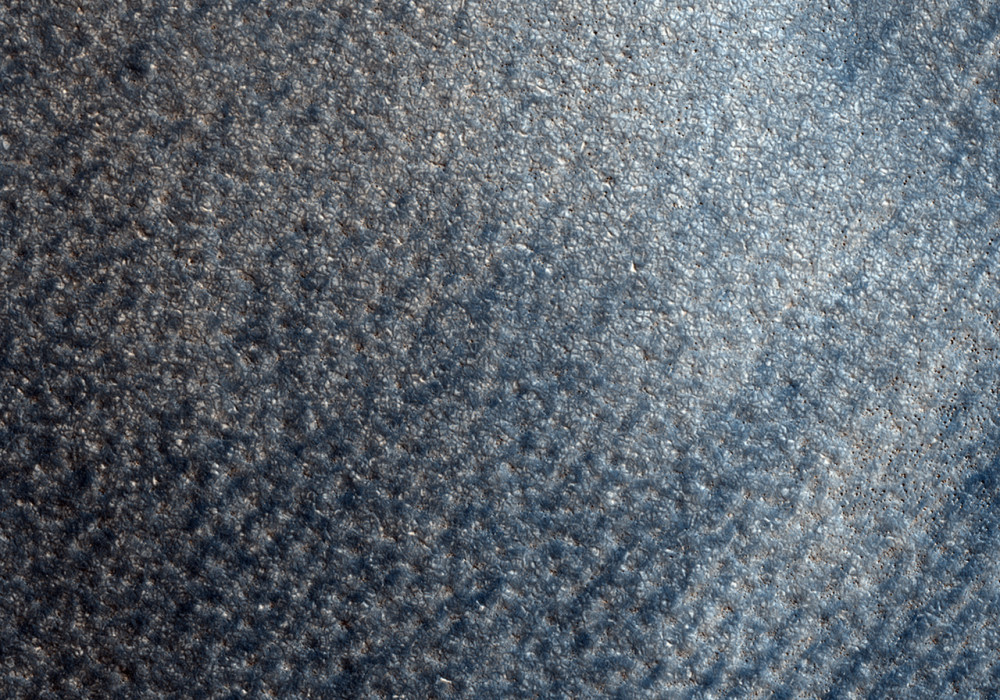