This image shows polar pit gullies in a depression. The gullies do not appear to have been active recently, as their channels and alcoves are covered with polygonal fractures and ripples that have formed over time. The alcoves contain boulders from eroding layers up-slope. Several of the alcoves extend to the slope rim, suggesting head-ward erosion.

The rest of the scene contains abundant polygonal ground, thought to have formed by processes involving ground ice. This image is at a high latitude where polygonal terrain is common. This feature is not found in equatorial regions, which supports a relationship with ground ice because ground ice is not stable near the equator today.

There are several muted circles on the plains in the lower half of the image; these are possibly relaxed craters. If a crater forms in ice-rich ground, the ice enhances the degradation of the crater and gives the crater a softened appearance. Written by: Kelly Kolb   (2 February 2008) 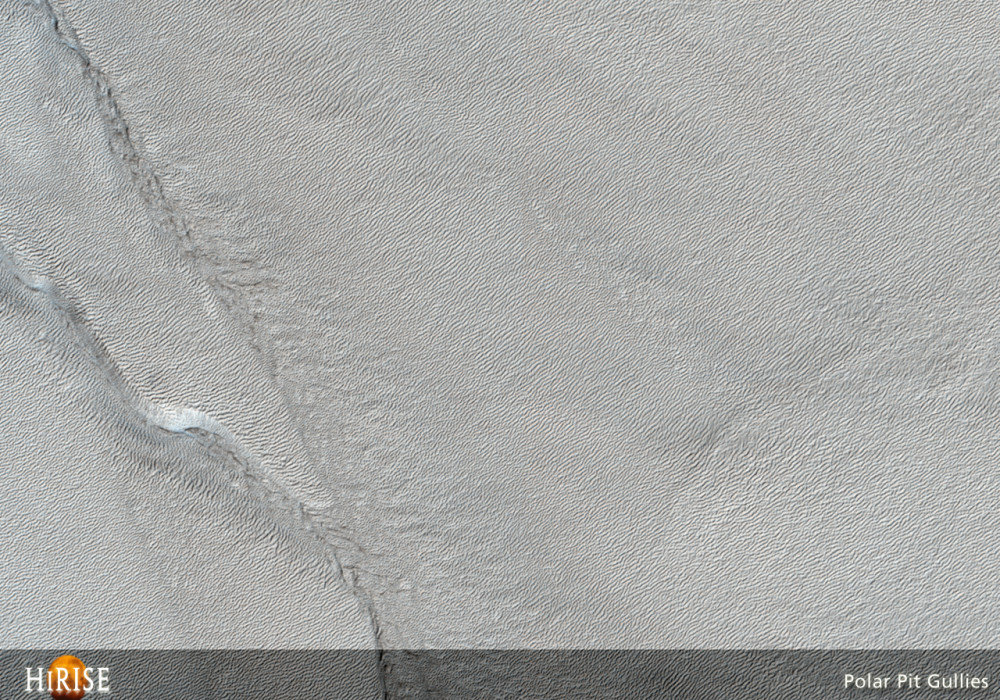