This observation shows partial views of two high latitude pits. These polar pits contain gullies, small-scale slope features that are proposed to require some amount of liquid water to form.

Several of the gullies have multiple channels and debris aprons from numerous flows that occurred throughout time. Many of the gullies are seen to originate at a boulder layer at the pit edges. This layer is deteriorating and releasing boulders that can be seen rolling down the pit walls. The bright material near the pit edges is probably seasonal frost.

What is particularly interesting about these gullies is that some might be forming ( see subimage , approximately 800 meters across, of the south-facing gullies in the bottom pit). The gullies on this wall have incised alcoves, but only a few have well-developed channels.

This could be a region of current gully formation. Aiding this hypothesis is the fact that there are a couple of depressions between the visible gullies, suggestive of a developing gully where water and/or material removed from under the surface caused the overlying ground to collapse. It is also possible that water originating on the surface is carving out these depressions, although it is difficult to melt water ice at the temperatures found in this particular location. 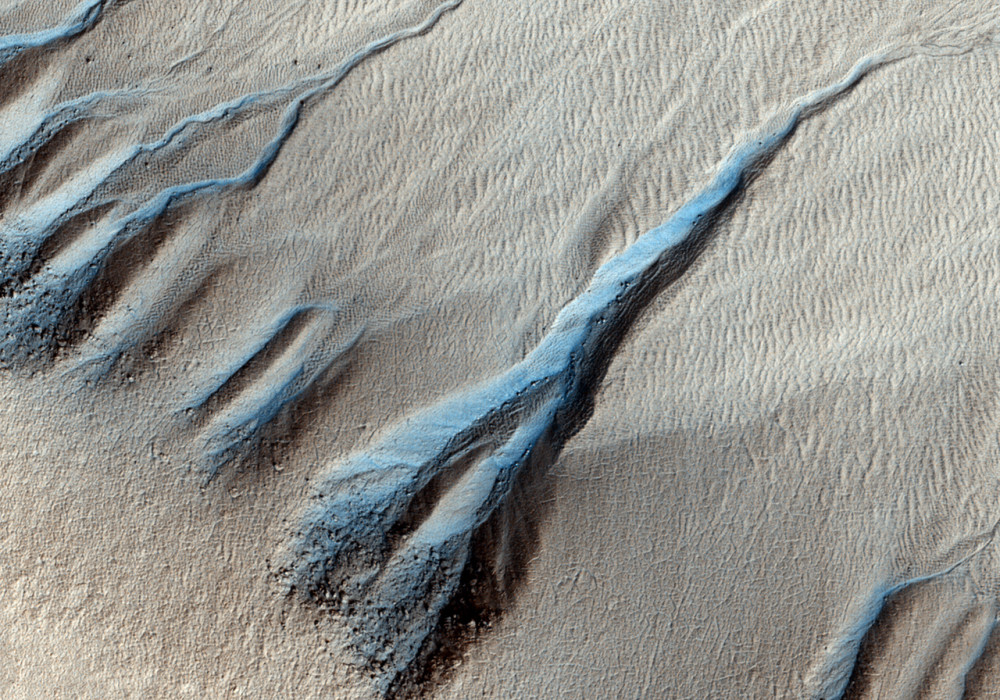