This image shows a typical landscape from the far western part of Utopia Planitia in the Northern lowlands of Mars.

These areas are characterized by a network of polygonal cracks and elongated, scallop-shaped depressions. The cracks are similar to thermal contraction cracks in periglacial and alpine regions on Earth formed by seasonal contraction of the permafrost (permanently frozen ground). In cold regions of Earth, polygonal cracks like this usually indicate ground ice.

The scalloped depressions (or “scallops”) generally have a steep “pole-facing” scarp and a gentle “equator-facing” slope. Scallop formation may be due to the degradation of ice-rich subsurface material by sublimation (process of ice going directly from a solid state to a gas state). On scallop floors, we often see nested series of curvilinear ridges that probably point to earlier locations of the scarp and contribute to the “shell-like” appearance.

Scallops are observed in other areas of the Martian mid-latitudes (40 to 60 degrees) in both northern and southern hemispheres. They probably represent a form of degradation that erodes an ice-rich mantle thought to have been deposited by precipitation during periods of high obliquity (the tilt of the Martian axis of rotation relative to the plane of Mars’ orbit). These features add weight to the evidence that water ice has been a dynamic component of the Martian sub-surface during recent geological ages and they they may slowly be continuing their development at the present time. 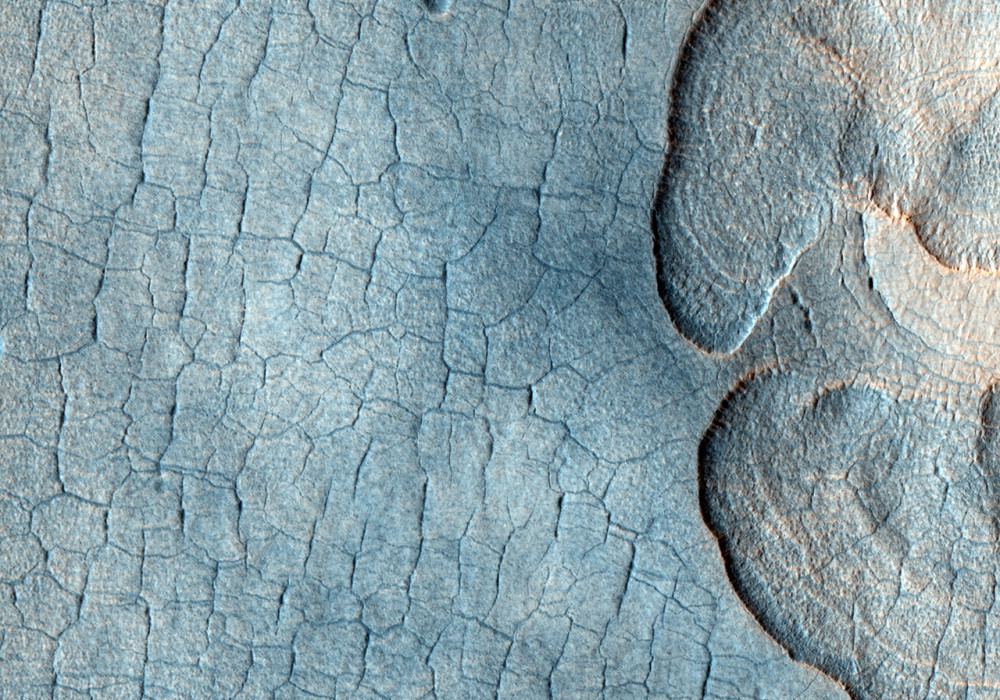