Ice-rich frozen ground on Earth often develops a remarkably regular set of patterns of mounds and interconnected troughs, loosely resembling to a slice of a honeycomb, referred to as “polygonal ground.’ These patterns develop when icy permafrost cracks each winter when the ground cools and contracts.

Over hundreds to thousands of years the surface patterns develop into clearly visible connecting troughs. Typically, these polygons are several meters (yards) or more across. Mud cracks are analogous features that form when wet soil dries and contracts, but are typically form patterns only inches in scale.

Mars experiences seasons and winter cooling fractures the permanently frozen ground in much the same way. As a result, polygonal patterns are wide spread throughout the middle and high latitudes. This image shows an example of such polygonal terrain. Larger impact craters, such as the 400 meter crater visible in the full image, are often muted or reduced to a remnant ring or scattered boulders, partly by infilling and mantling with wind-blown soil and dust. Small craters that are tens of meters (yards) across are mostly absent from this terrain. This image has three maybe four such craters. These large and small crater characteristics suggests to us that this surface is young and has experienced substantial changes over geologically recent times.

The polygons themselves may be partly responsible for keeping the surface “fresh.” As new polygons form over top over existing polygonal patterns they continually churn the surface by developing new troughs and mounds. Indeed, close inspection of seemingly young small craters reveals that polygons rapidly form in the crater interiors and begin to erode the crater walls. 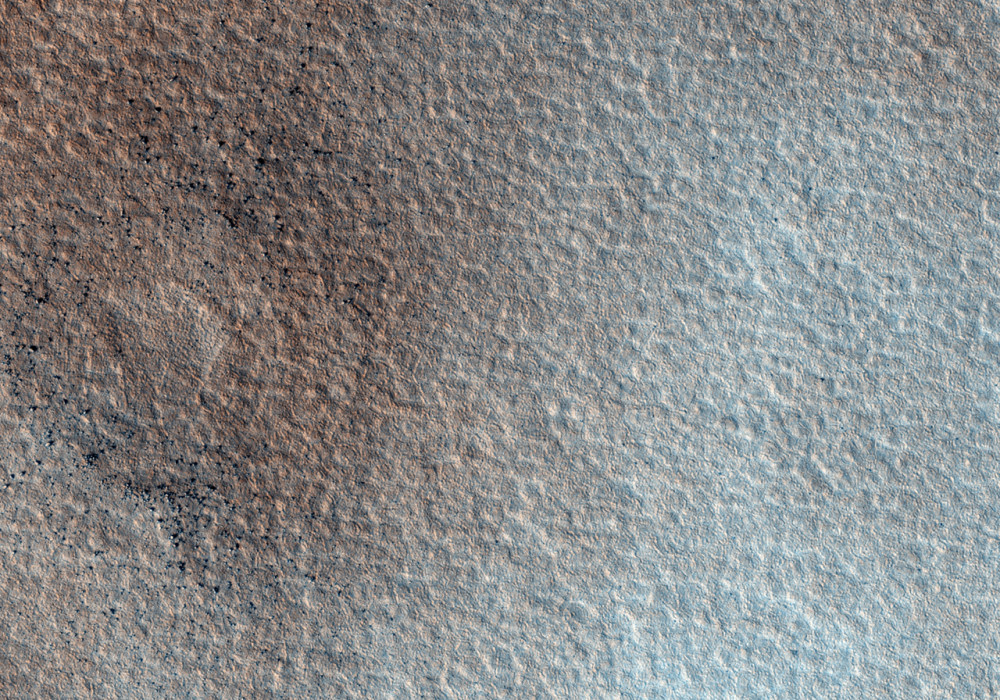