Polygons at the Phoenix Landing Site

This image is one of many that have been taken over the Phoenix landing site. The Phoenix lander launched from Cape Canaveral, Florida in August 2007 and will reach the surface of Mars on 25 May 2008.

One of the reasons this region of Mars was selected for the landing site is based on the overall lack of rocks that could prove hazardous to the lander. Among the many science goals, Phoenix will analyze the surface dust as well as dig into an ice-rich layer which is predicted to lie within inches of the Martian surface.

The polygons are most likely the result of temperature oscillations which cause this ice to crack resulting in the surface that is visible today. 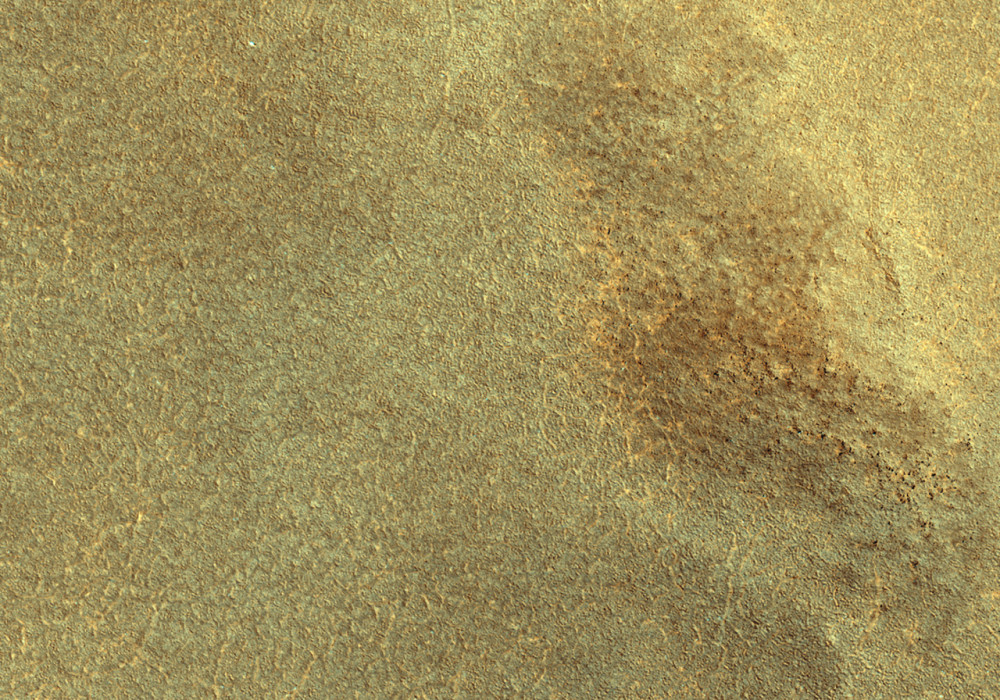