The north polar region is surrounded by a large sea (erg) of dark sand dunes that become covered by seasonal carbon dioxide frost. As the northern hemisphere begins to warm in the spring, the frozen carbon dioxide sublimates. The wind blows from an east-northeasterly direction and leaves dark streaks behind (exposed basalt) from the evaporating carbon dioxide. This image displays defrosting sand dunes in an unnamed crater.

The dune morphology in this image is complex. Because of the presence of the ice, it is difficult to determine all of the dune types. These jumbled dunes may result from erosion of the layers within the crater walls that act as a dune source. . However, two common types of dunes can be classified: the outer ring of the dune field is composed of chains of barchan dunes whereas the central area of the field contains transverse dunes.

Barchans are characterized by their crescent-shape with steep horns in the downwind direction. The transverse dunes have asymmetric, nearly parallel ridges and are oriented perpendicular to the wind direction.

Another feature of interest is the sublimating polygons that have very small ripples on top of them. Polygons are created from a freeze-thaw processes similar to features on Earth that undergo annual contraction of the permafrost regolith. 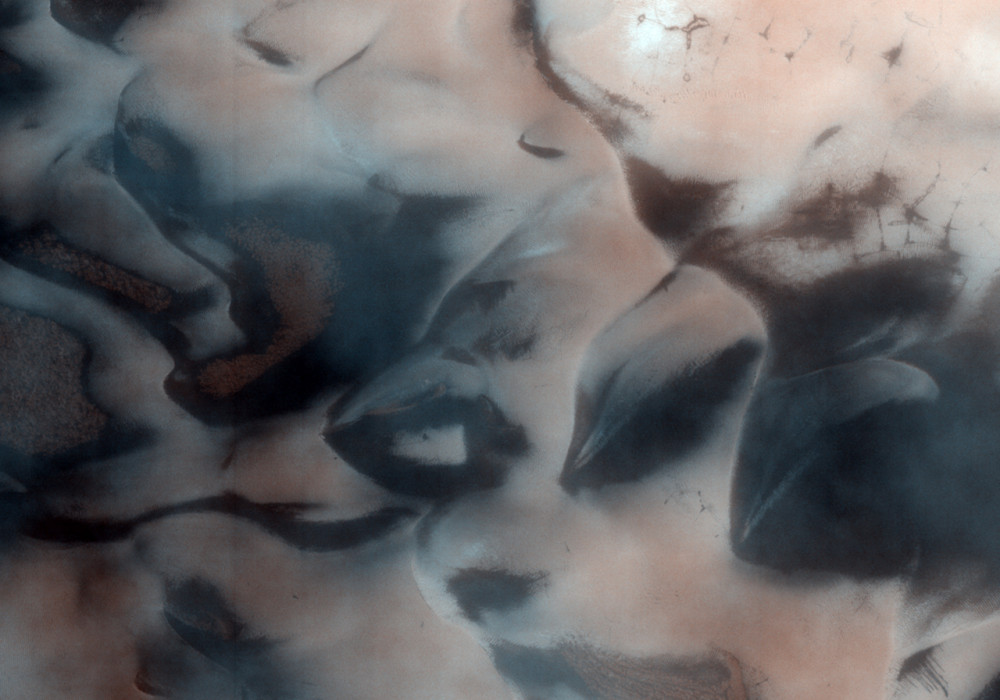