The layers were probably laid down over the past few million years over a large area near the south pole, then eroded to show the layering visible in this image. The layers appear brighter where their slopes are steeper and facing the sun. 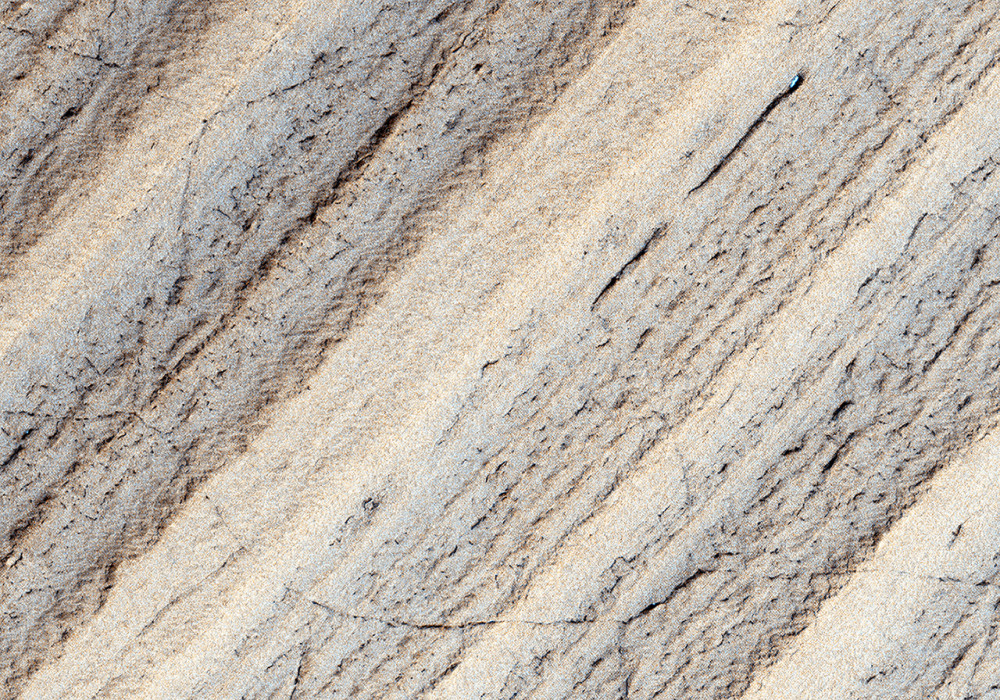