This site, near Mawrth Vallis is intriguing for several reasons. First of all, there are lots of little knobs and plateaus that may expose layers of sedimentary rock. As on Earth, sedimentary rock on Mars is expected to hold clues to the conditions under which it formed – clues to the past environment and climate.

Second, many of the larger, darker plateaus appear fairly round. Typically Mars’ surface is pock-marked with round depressions of impact craters. However, these round areas are raised up relative to the surroundings. This may be an example of inverted topography, in which an impact depression may have become filled with material which was, or became, harder than the surrounding terrain, and thus was more resistant to later erosion. Example materials may be solidified molten rock created during the impact event, or sediments that hardened due to alteration by water ponding within the crater.

Third, clay minerals, called phyllosilicates, have been detected here by other spacecraft instruments. Clays are exciting because they indicate there was most likely water around here long ago. Determining which layers and knobs contain the clays, and how widespread they are, will help scientists determine how much water existed here and for how long.

This site has been deemed so interesting that it is under consideration for a visit by a future landed rover. 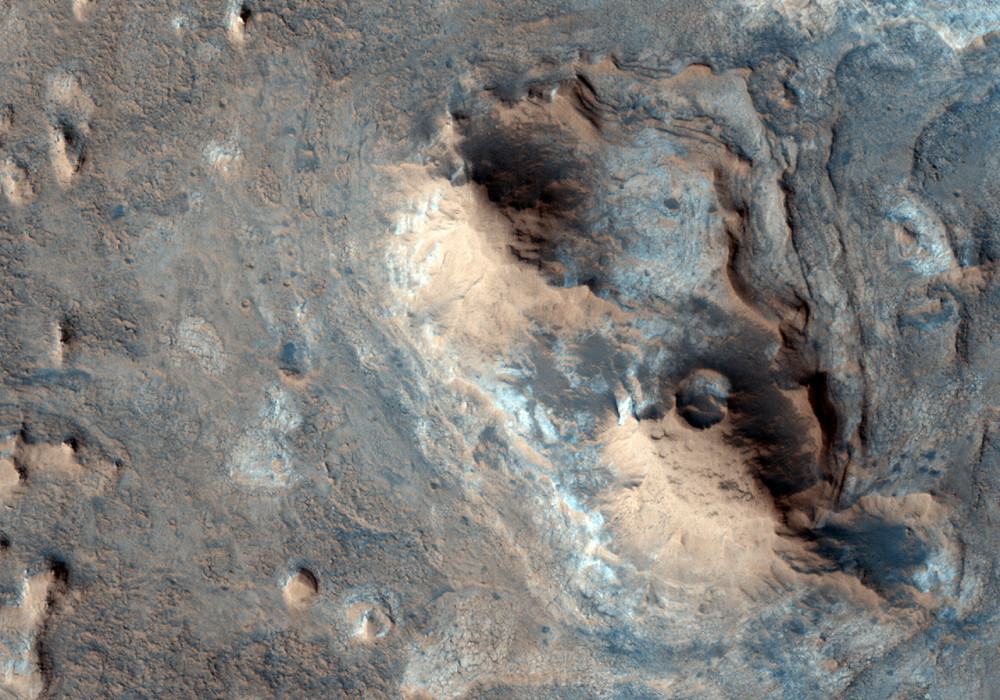