It’s easy to think of Mars as static, unchanging – a “geologically dead” planet, as is often mentioned. The first images taken at close approach to Martian surface came to us in 1965 from Mariner 4. Since then, many more images have revealed features that, except for becoming clearer and more detailed as cameras improve, seem much the same as they did more than forty years ago.

But while this apparent fixedness of the Martian surface might be true when compared to Earth, a closer look shows that slowly and on small scales, Mars remakes its image even today. HiRISE, with its ability to see meter-sized features, is the perfect instrument to capture these changes. It has caught avalanches ( ESP_016423_2640 ) in action, seen new icy craters ( ESP_016954_2245 ) shortly after their formation, and watched ephemeral dust devils ( ESP_013545_1110 ) as they make their wandering tracks across the surface.

The dunes in this image, currently losing their winter coat of carbon dioxide frost, sport possibly active gullies on their southern edge. In other dune fields on Mars, HiRISE has recorded the transportation of large amounts of sand from gully alcoves to aprons, with new gullies forming over the course of a season. Currently researchers are conducting a campaign to both more closely monitor those dunes where new activity is known to occur, and to examine other dune fields for possible new activity.

The closer we look at Mars, the more fascinating processes – active in both past and present – we find to study. 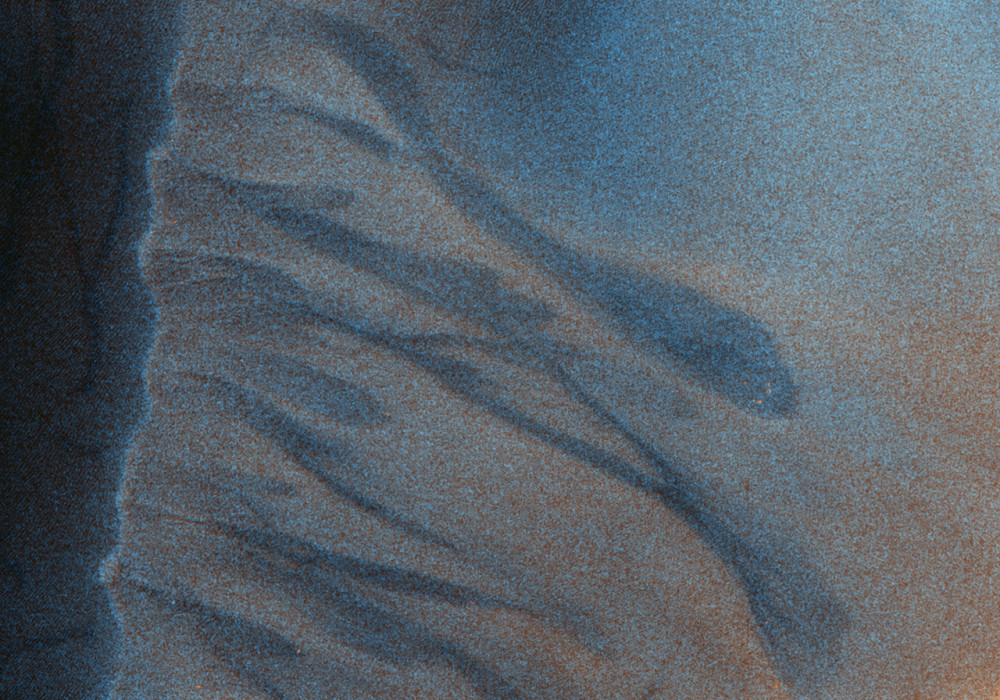