The THEMIS instrument onboard the Mars Odyssey spacecraft identified a possible salt deposit in this area, based on the infrared colors of the ground. Salt deposits typically form when water evaporates, suggesting that this might have once been an area favorable for life on Mars.

The possible salt deposit is the slightly lighter-colored area in the center of the image. The light-colored material is found peeking out from underneath sand dunes between small ridges and knobs of more tan colored material in the enhanced color data. This suggests that the (possibly) salty layer was buried by other materials and then exposed by erosion.

This layer also exhibits a fracture pattern similar to clay-rich materials visible elsewhere on Mars. It is interesting that this layer is also relatively devoid of boulders, suggesting that it is made up of some weak material. 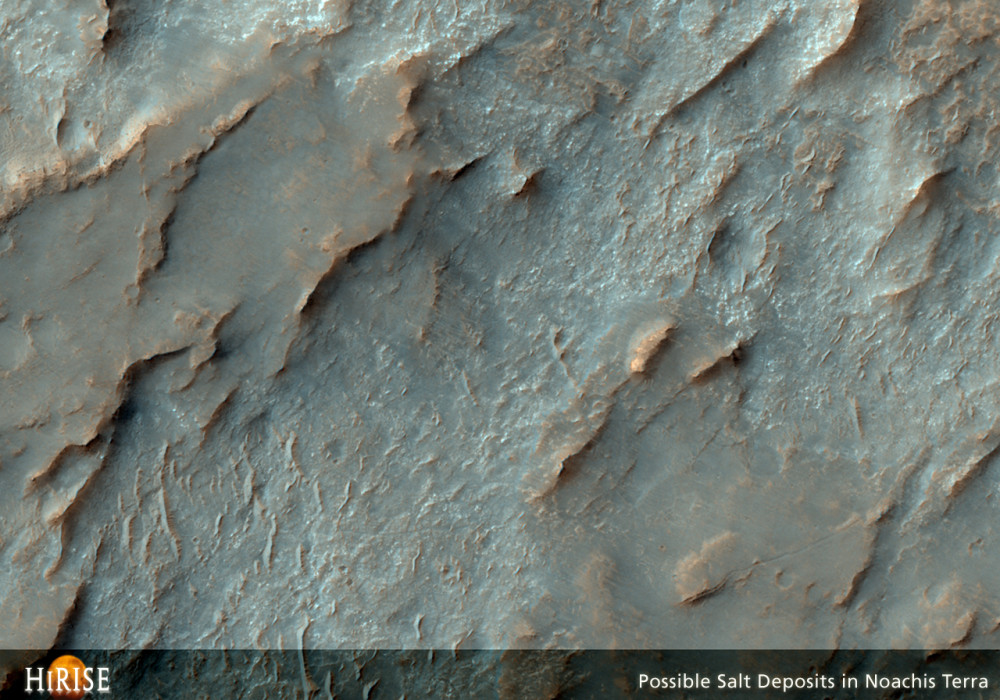