Melas Chasma is the widest segment of Valles Marineris, the largest canyon in the Solar System. In this region, hydrated sulfate salts have been detected, and are found extensively throughout the canyon. These salt-bearing deposits likely indicate that water was present in the past.

This image shows many interesting features that are common to Melas Chasma. At the north end, we can see typical “spur and gully” (or, ridge and trough) features that also mark the rim of the Valles Marineris throughout the canyon system . Emanating from the troughs we see debris flowing towards the bottom of the slope. The floor of the valley shows sparse exposures of bedrock, which is otherwise covered in dark rippled dunes.

Slopes in the north and south reveal layered sulfates that that were deposited into the canyon system, and subsequently eroded to reveal the layered sulfate-bearing rock. As you can see from these two images, distinguishing the various layers within the deposit would be rather difficult without high resolution color. 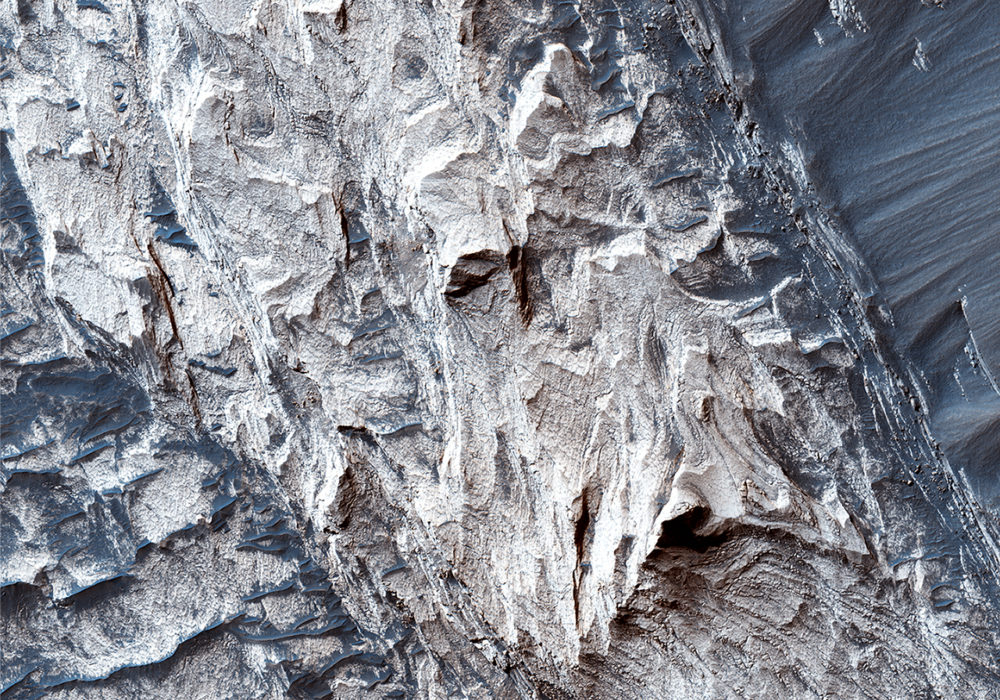