The extended-mission status of the Mars Reconnaissance Orbiter and the HiRISE camera has greatly increased our understanding of numerous active processes occurring on Mars. By taking carefully planned repeat images of surface, we now have an important record of how the surface evolves for a maximum of 5 Mars years.

This image shows the central peak in Porter Crater. Although there are no repeat images here we can infer several active geologic processes, based on morphologic evidence and lessons learned from past well-monitored sites.

Shallow gullies are located on the south and east facing slopes of the central peak. These features might have been carved by violates, such as carbon dioxide frost, sometime in the recent geologic past.

Meanwhile on the northern slopes are several smaller slope features that have a morphology hinting at recurring slope lineae (RSL) . Alternatively, these features could be the remnants of past active gullies. Several more HiRISE images would be needed to characterize their behavior and confirm their status as RSL (see “Recurring Slope Lineae in Equatorial Regions of Mars” ).

Southward on the slopes below the peak is a large dune field. Dunes show sharp crests with prominent ripples , both signs of actively migrating dunes. Also, we can see dust devil tracks crossing the nearby dusty surfaces and clear evidence for ongoing modification by swirling winds that persistently remove surface dust .

Ongoing operations by HiRISE are dedicated to studying all of the active surface and atmospheric processes operating on Mars. 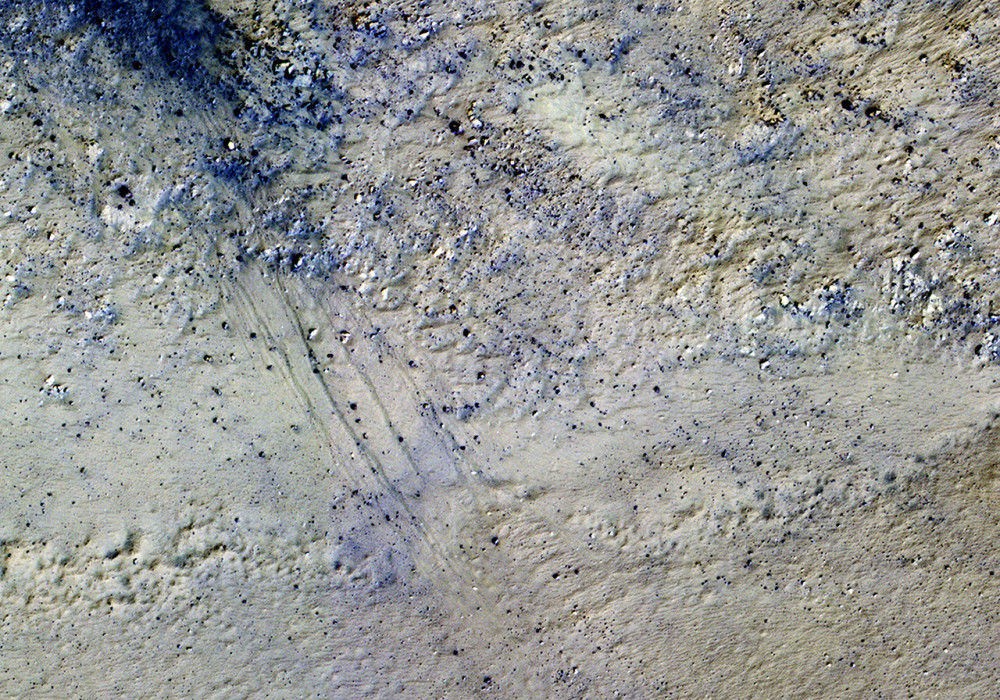