The Nili Fossae are valleys that have cut into the ancient crust of Mars, exposing clay minerals. These minerals formed in the presence of water and may be the result of chemical reactions between hot water and rocks. If so, this could have been a favorable location for Martian life in ancient times.

This HiRISE image is part of a series in search for a safe place the Mars Science Laboratory rover can land. In the central part of the image, the terrain is a mix of sand dunes and relatively smooth rock exposures. There are some small knobs but very few large rocks in the area. Instead, the multi-colored rock exposures seem to be mostly a mosaic of flat fractured rock.

On the southern edge of the image, an impact crater is a potential hazard. In the northern part of the image, the scarp marking the boundary of the valley is visible.Written by: Laszlo P. Keszthelyi   (9 February 2008) 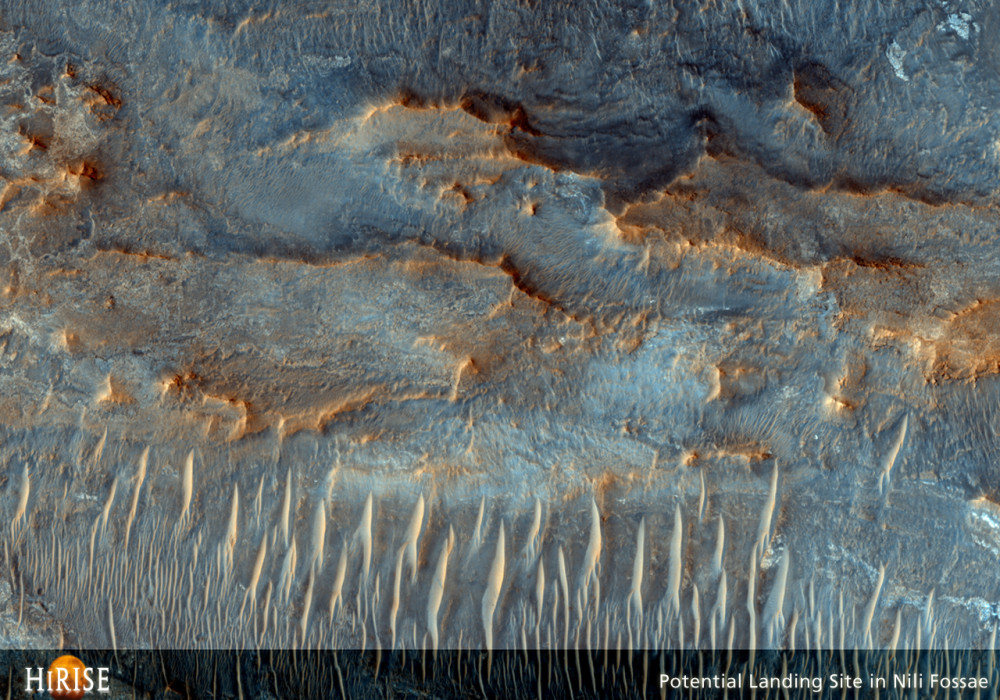