Nili Fossae trough is a linear trough about 25 kilometers wide, formed in response to the creation of the Isidis basin.

Nili Fossae has diverse deposits, some containing phyllosilicates (clay deposits which typically form in the presence of water), and others with the minerals olivine and pyroxene.

This image is part of a series covering the 25 km landing ellipse; these images are used to determine the safest possible landing site for the Mars Science Laboratory rover . In this image, relatively smooth rock exposures is visible, as well as sand ripples and some small knobs. There are few large rocks in the area, while the surface seems to be mostly flat, fractured rock.

This image is located in the Southeastern part of the landing ellipse. 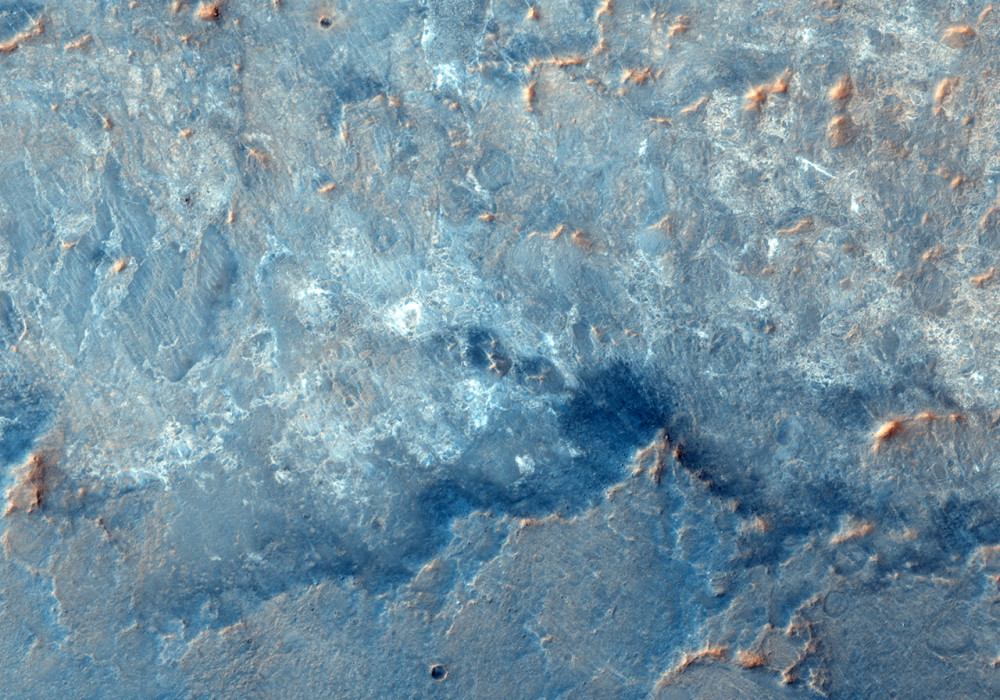