Preserving Ice from a Vanished Terrain

This HiRISE image shows what is termed a pedestal crater, so-called because the level of the surface adjacent to the crater is elevated relative to the surface of the surrounding terrain.

The raised surface has patterns and a general outline resembling what ejecta would look like after being thrown out from the crater by the impact. This impact probably occurred at a time when the surface of the whole scene was at the level of the raised surface. The ejecta landed on the part of this surface close to the crater. Erosion then removed material in the rest of the scene while the impact ejecta shielded the area around the crater, protecting the ground under it from eroding and keeping it high.

The eroded, or “missing”, terrain in the rest of the scene may have contained ice. Lobe shapes at the base of the raised ejecta and polygons (visible when zoomed in) on the surface both suggest the pedestal material may have, or may still, contain ice. The pattern of ejecta is asymmetric around the crater, suggesting the impactor may have hit the ground traveling from the north-east. 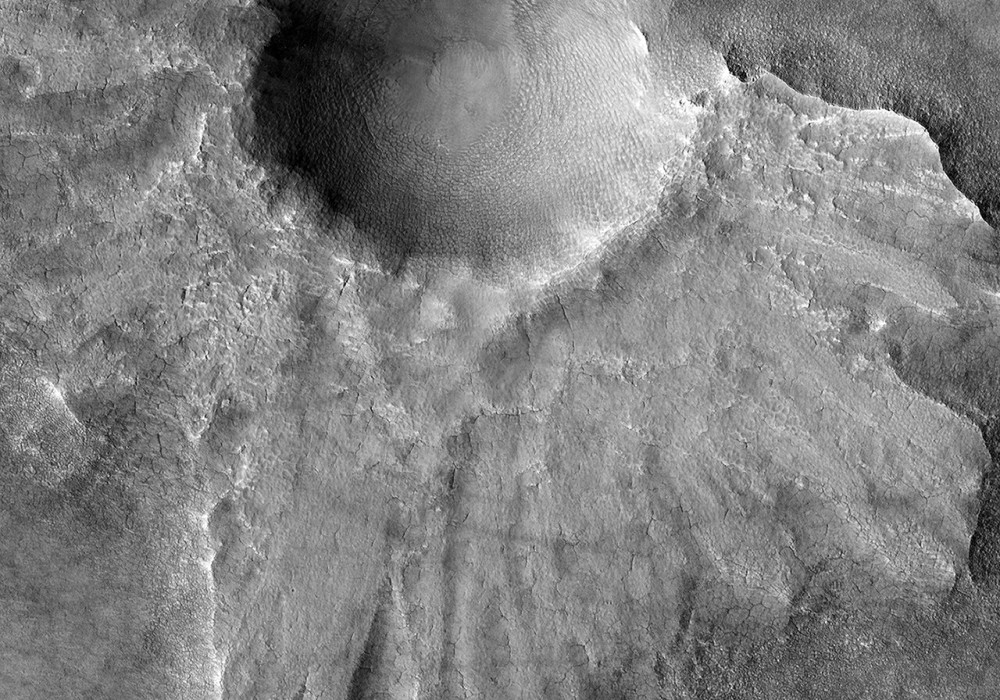