Miyamoto Crater is located in southwest Meridiani Planum (and southwest of the Mars Exploration Rover Opportunity landing site). This image shows fairly smooth plains and some areas covered by wind streaks, suggesting that wind is an active process here, depositing surface material downwind in the form of streaks.

This landing site is adjacent to the hematite-bearing plains unit where the Opportunity rover sits. The CRISM instrument has detected phyllosilicates (clay minerals) at this landing site, which scientists believe to have formed in the presence of water. The MSL rover would investigate the mineral diversity here, which includes phyllosilicates and sulfates.Written by: Jennifer Griffes   (12 March 2008) 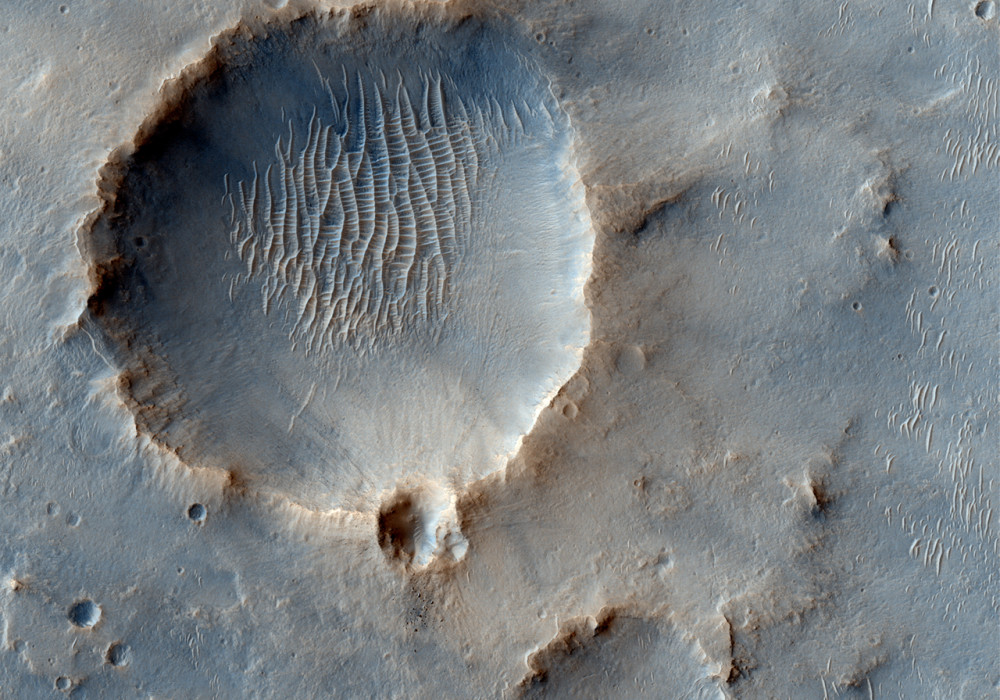