This image of an isolated mountain in the Southern highlands reveals a large exposure of “purplish” bedrock .

Since HiRISE color is shifted to longer wavelengths than visible color and given relative stretches, this really means that the bedrock is roughly dark in the broad red bandpass image compared to the blue-green and near-infrared bandpass images.

In the RGB (red-green-blue) color image, which excludes the near-infrared bandpass image, the bedrock appears bluish in color. This small mountain is located near the northeastern rim of the giant Hellas impact basin, and could be impact ejecta. 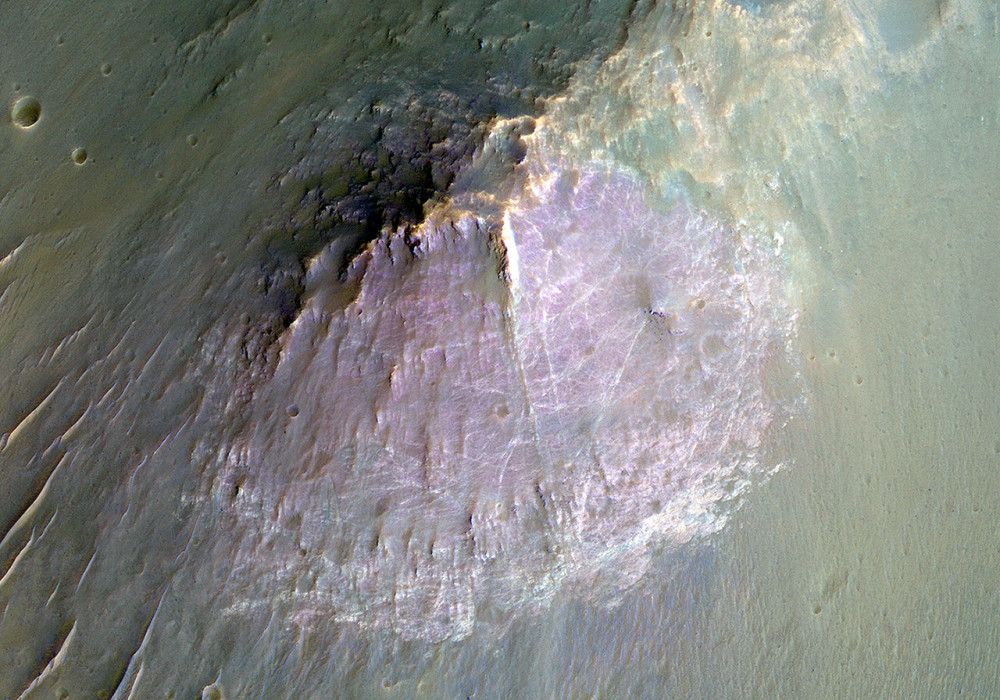