This area of Amazonis Planitia to the west of the large volcano Olympus Mons was once flooded with lava. A huge eruption flowed out across the relatively flat landscape. Sometimes called “flood basalt,” the lava surface quickly cooled and formed a thin crust of solidified rock that was pushed along with the flowing hot liquid rock. Hills and mounds that pre-dated the flooding eruption became surrounded, forming obstructions to the relentless march of lava.

In this image , these obstructions appeared to have poked up and sliced through the lava crust as the molten rock and crust moved together from west to east, over and past the stationary mounds. The result is a series of parallel grooves or channels with the obstructing mound remaining at the western end as the flow came to rest. From such images scientists can reconstruct the direction of the lava flow, potentially tracing it back to the source vent. 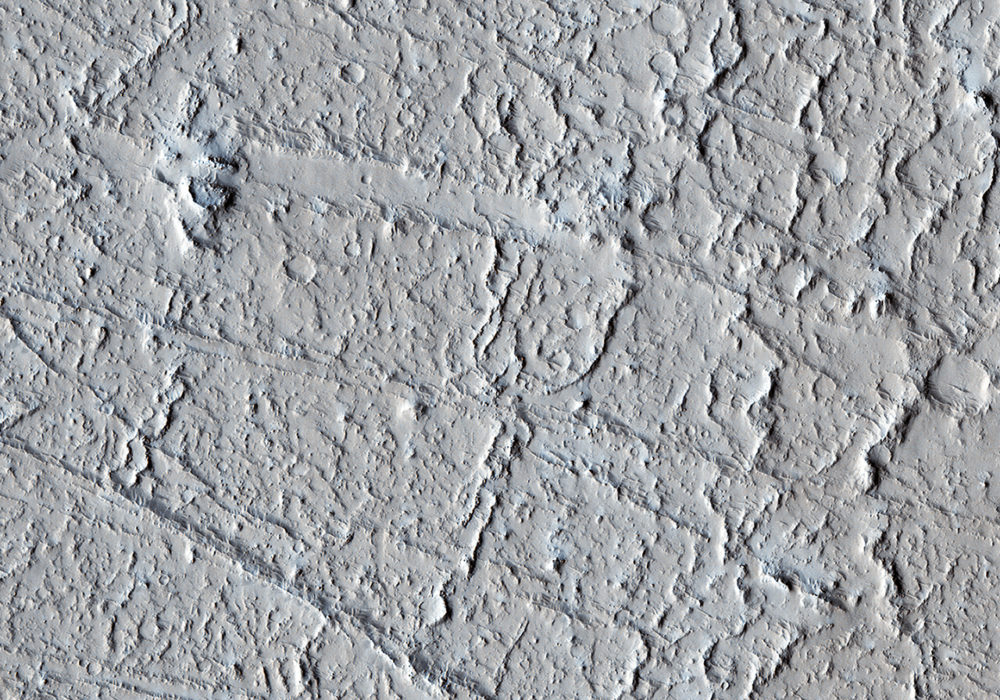