This image shows some interesting features where smoother, dark areas with straight sides are separated by narrow channels of higher material.

This is especially clear in the southern portion of the image (rotated so north is at approximately 11 o’clock, 3.2 kilometers or 2 miles across). It looks as if a flat solid surface broke up, and then the individual pieces were rafted apart.

In other areas of Mars, similar features formed when a layer of lava solidified on top of still-molten rock. The solid layer at the surface broke apart either when it contracted as it cooled, or when the liquid below it flowed and dragged along the bottom of the top layer of solid rock.

However, this area of the Hellas basin is not expected to have any volcanic activity. Hellas is a huge, old impact crater, filled with sediments and heavily eroded. In addition, there are subtle differences in the textures here that make this look different from the plate-like lava we find in other areas of Mars. Instead, perhaps something similar happened, but with a mixture of ice and rock instead of lava.

It’s possible that a freezing mudflow was pulled apart here, with a frozen upper layer breaking and rafting apart on top of slushy material. When the underlying slushy ice later froze, it would have expanded and been squeezed up between the plates, creating the raised ridges between them. 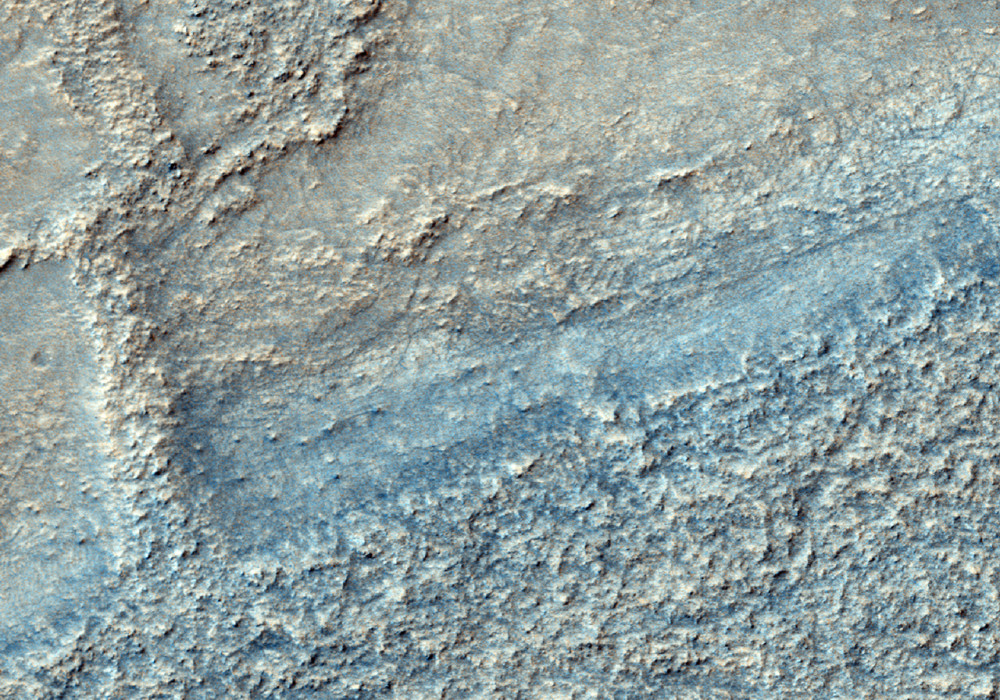