This image covers part of the Athabasca Valles flood lava plain, the youngest large lava flow on the surface of Mars.

At this location, there are two rafted pieces of lava crust with strange infrared properties. Compared to the rest of the lava flow, these two raised areas are cold at night and warm in the day. This property of the surface, where the temperature changes quickly, is called “low thermal inertia.” Rocks tend to have relatively high thermal inertia, so this is unexpected.

This image confirms speculation from earlier, lower resolution images. The rafts are composed of broken up (brecciated) lava, forming an extraordinarily rough surface. Normally, such a jagged pile of lava rocks would have high thermal inertia. But in this location, the rough surface has served as a trap for wind-carried dust. Thus in these rafts, and only in these rafts, is the lava covered by a thick pile of fluffy dust.

Such dust is extremely insulating, meaning that all the solar heating is deposited in a very thin layer near the surface. Therefore, dust gets relatively hot during the day. Because the heat is deposited so shallowly, it is easily lost at night. So, the trapped dust is the explanation for the low thermal inertia of these lava rafts. 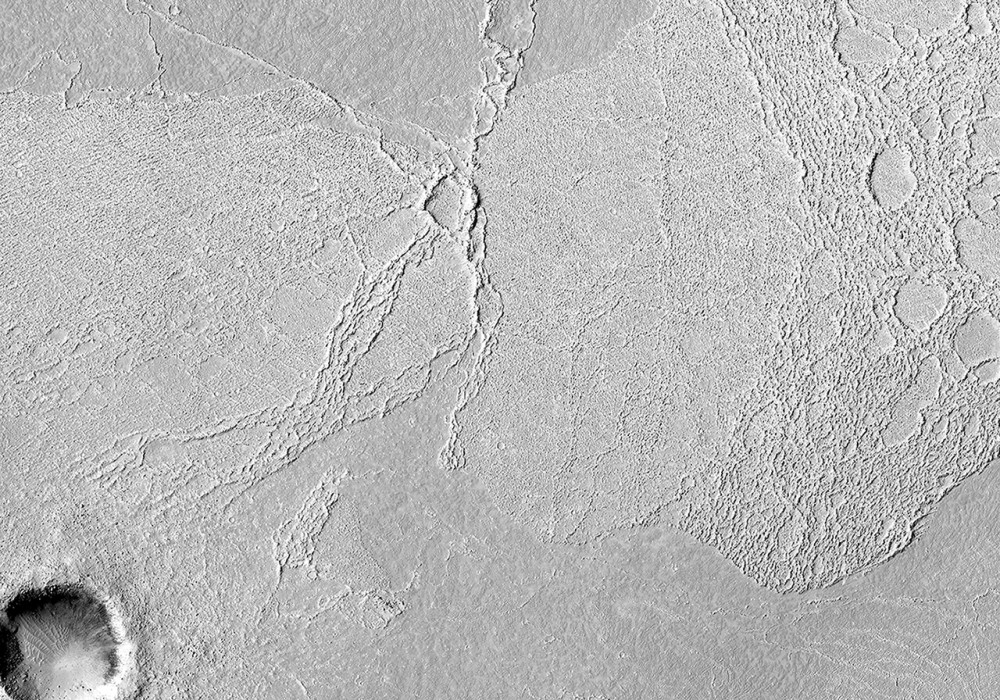