Large impact craters have central hills or mountains, because the tremendous shock waves from the impact first compresses the ground, then causes a rebound when it becomes uncompressed. This effectively raises bedrock that was once deeply buried to the surface.

Furthermore, some of the most interesting bedrock on Mars is amongst the oldest and deeply buried. Thus, these crater central uplifts act as windows into ancient Mars, and enable us to peer into a time when certain geologic processes were more active than today.

The enhanced colors in this image reflect different bedrock compositions. Some of the large blocks are broken up and jumbled by this impact event or were resampled from previous large impacts. 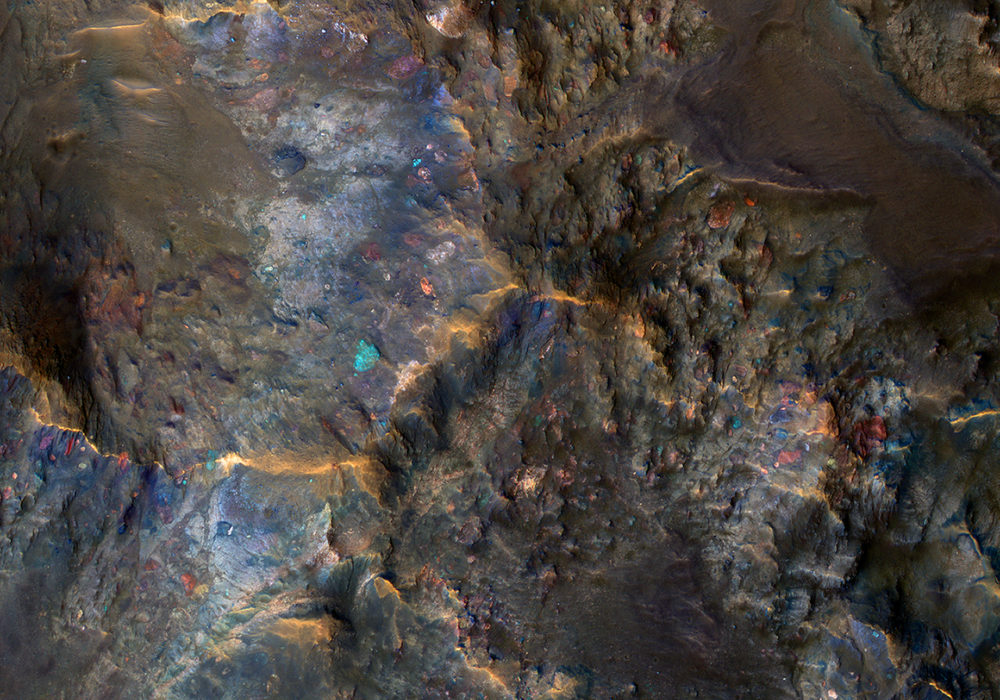