This image is of the ejecta blanket of the Tooting Crater in the northern hemisphere of Mars.

Tooting is a “rampart” crater that is roughly 29 kilometers (18 miles) in diameter and appears to be one of the youngest craters of this size. A rampart crater is one where the material ejected from the crater during impact forms lobes that end with a low ridge, or rampart. One indication of Tooting Crater’s youth is its ratio of depth to width. As a crater ages, the walls of the crater will tend to erode and debris will accumulate in the crater’s floor making its apparent depth less, while also making its width larger.

One of the major features of Tooting Crater are its multiple ejecta layers that build a sequence of ramparts. The shapes of these ramparts suggest that the ejected material acted as a fluid (like mud) as it moved across the surface. Most researchers think that such fluid ejecta indicates that there was ice in the ground when the crater formed. 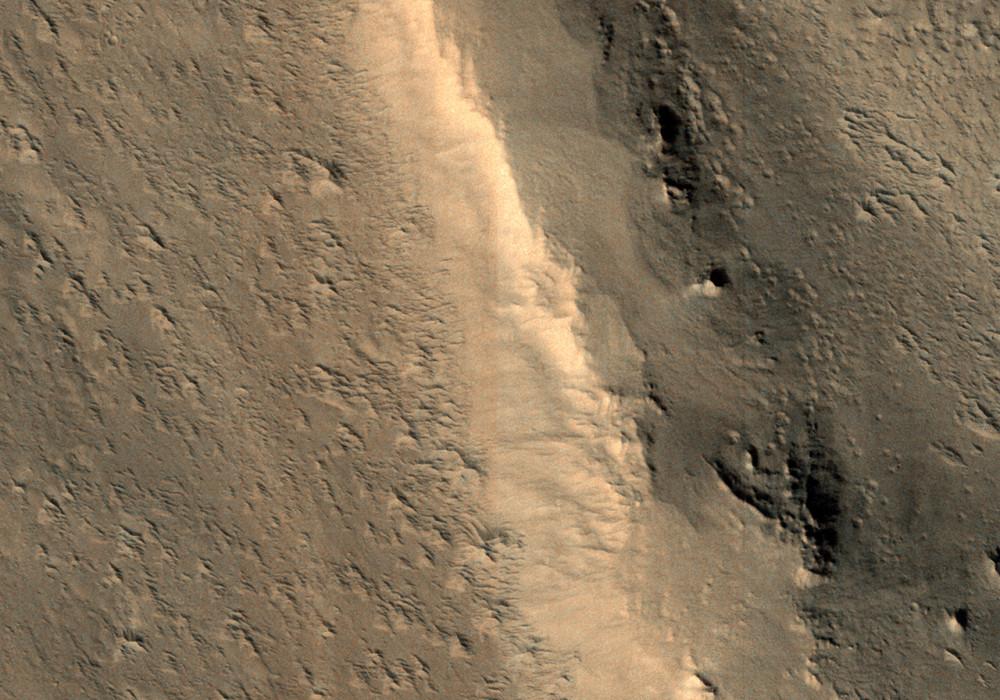