This observation shows a series of parallel layers eroding into peculiar knobs and hills.

These sedimentary rocks were imaged on the floor of a large crater located at 8.8 degrees North, 358.3 degrees East. Similar rock units are found within several nearby craters also imaged by HiRISE, as seen in images PSP_001902_1890 , ESP_013611_1910 , and PSP_002733_1880 . The occurrence of similar layers in each of these locations may indicate that they were once part of a much more extensive geologic unit that has now been largely eroded away.

One particularly interesting aspect of the layers in this image is their repetitive nature. Each layer appears to be nearly the same thickness throughout the outcrop, as has also been observed in other nearby layered units. This cyclic nature points to a formation process which occurred repeatedly, building up the deposit layer by layer. However, the exact formation mechanism and the climate cycle possibly responsible for forming the layers here remain unknown.

Studying the record exposed in rocks like these can help reveal secrets of the ancient Martian climate. 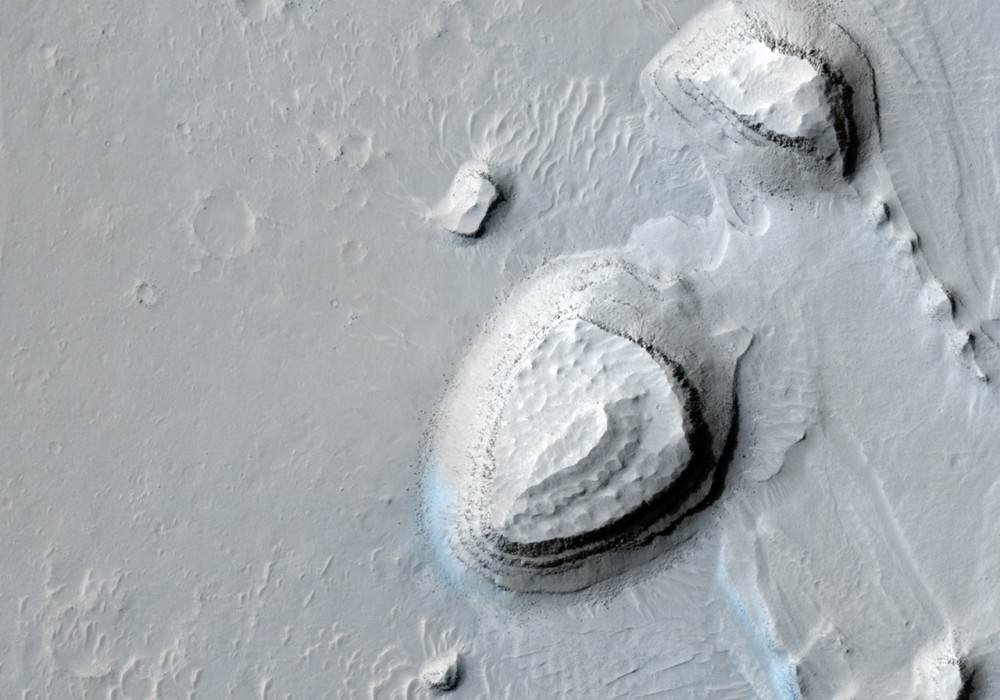