This image captures a record of changing environments on ancient Mars, as recorded in the rock record at Nili Fossae.

The subimage shows a rock type known as megabreccia, composed of numerous differently colored blocks, each up to 40 meters (130 feet) across, arranged in a seemingly disorganized array. Megabreccia forms when an energetic event, such as formation of an impact crater, breaks up pre-existing rocks and jumbles their fragments. Megabreccia is found in some of the most ancient rocks exposed on the Martian surface.

Elsewhere in the image are layered rocks, which have been shown by the orbiting spectrometers OMEGA and CRISM to contain clay minerals. These minerals must have formed in the presence of water, and may have later been transported and deposited here in sedimentary layers. Most of the layers appear to overlie the exposures of megabreccia, but some megabreccia blocks are themselves internally layered, suggesting that sedimentary processes were active here early in Martian history.

Above the clay-bearing layers is a dark, rough-textured rock unit that was emplaced later. Geologic mapping of the Nili Fossae region has shown this deposit to be a lava flow from the Syrtis Major volcano to the south. The minerals detected in the lava flow suggest that liquid water had become rare on the Martian surface by the time the flow occurred. 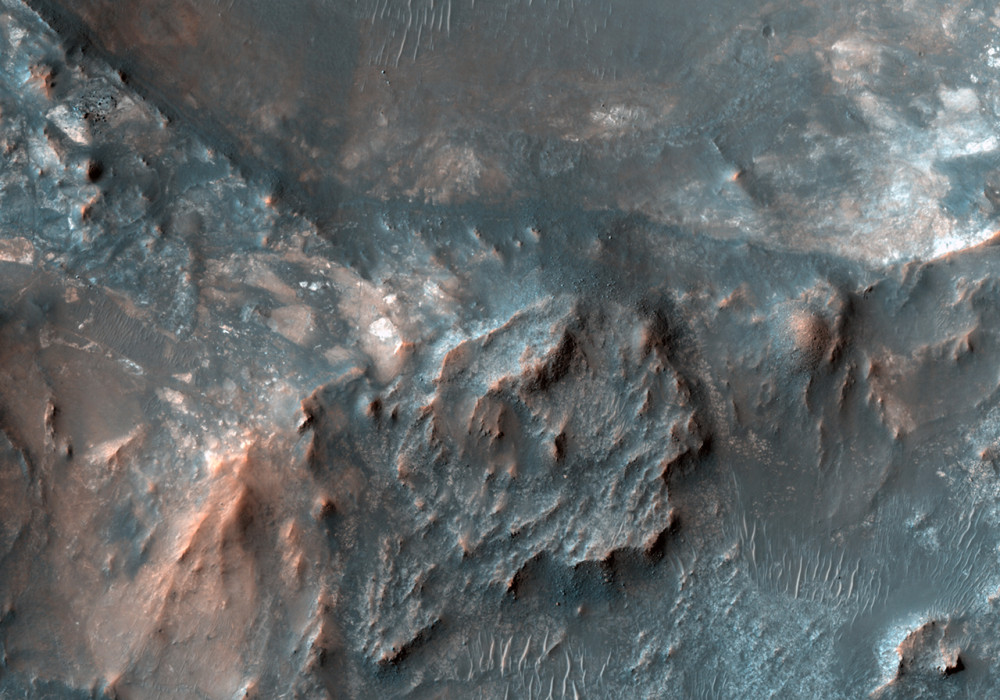