Gully landforms like those in this image are found in many craters in the mid-latitudes of Mars. Changes in gullies were first seen in images from the Mars Orbiter Camera in 2006, and studying such activity has been a high priority for HiRISE. Many examples of new deposits in gullies are now known.

This image shows a new deposit in Gasa Crater, in the Southern mid-latitudes. The deposit is distinctively blue in enhanced-color images . This image was acquired in southern spring, but the flow that formed the deposit occurred in the preceding winter.

Current gully activity appears to be concentrated in winter and early spring, and may be caused by the seasonal carbon dioxide frost that is visible in gully alcoves in the winter. 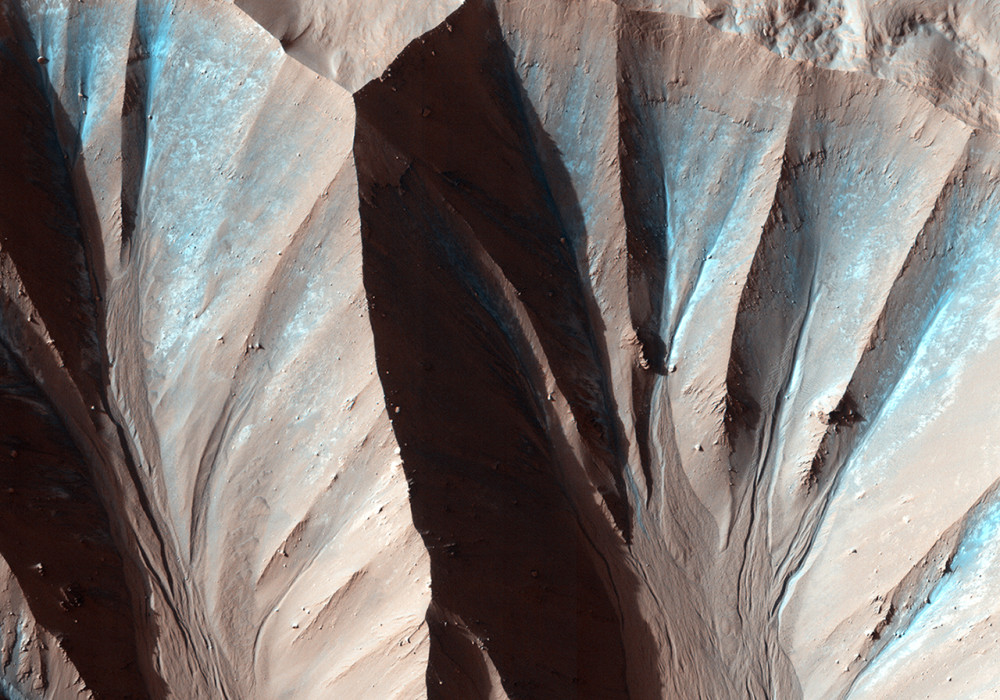