The possibility of recent volcanism inside Valles Marineris was first proposed decades ago based on Viking orbiter images, but the candidate volcanoes proved to be other features such as complex sand dunes when we studied them with higher-resolution images.

However, this image shows cones with summit pits that are very similar to cinder cones on Earth. They are also very well-preserved, peppered by only small impact craters, so they must be geologically young (perhaps less than a few hundred million years).

These features were first seen in Context Camera image D01_027538_1674_XN_12S062W and a HiRISE target was suggested by a member of that team using HiWish . The cones might look like craters in single images, but if you look at the stereo anaglyph , you’ll see the cones stick up and are clearly not the same shape as impact craters. 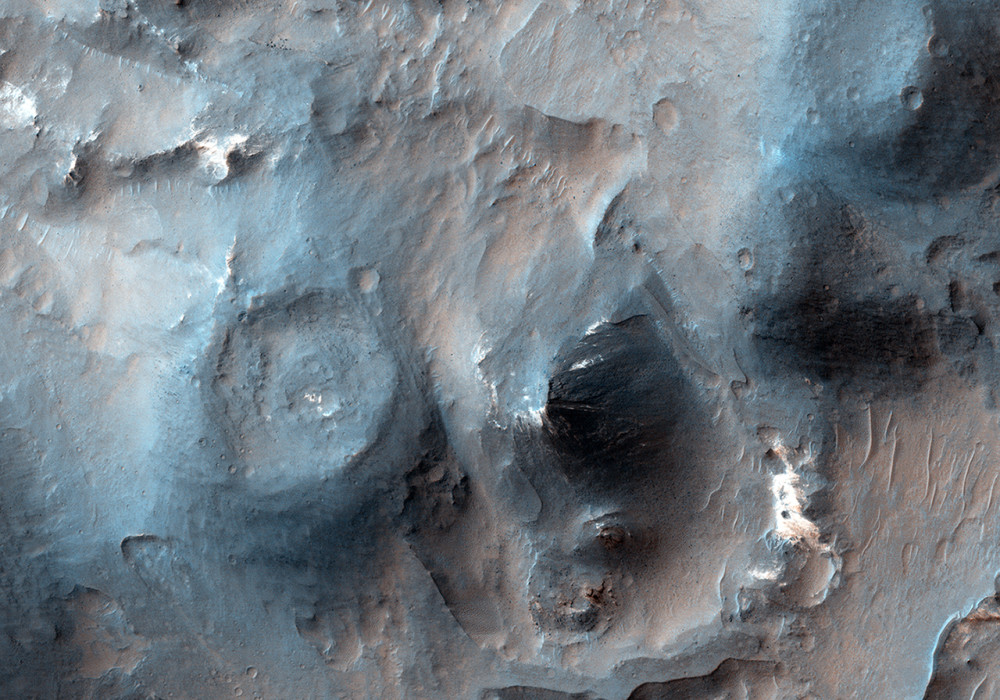