Recurring slope lineae (RSL) are best explained as due to seasonal seeping of water on steep slopes in warm seasons. The HiRISE team has produced digital terrain models (DTMs) for many key RSL sites, which then allows us to orthorectify the images, correcting the geometry to the view from straight overhead. A series of images over a site are then precisely registered and can be compared to study changes over time .

Juventae Chasma is a giant box canyon, yet a relatively small segment of the enormous Valles Marineris system . It is breached to the north, leading to the Maja Vallis outflow channel. The box canyon may have been nearly filled with water long ago (a couple billion years), but was released catastrophically when the region north of the box canyon collapsed. That was long ago, and the water in Juventae Chasma today forming the RSL is a very tiny amount, whose origin remains a mystery. Maybe the water is replenished each year from the atmosphere or from deeper water or ice. 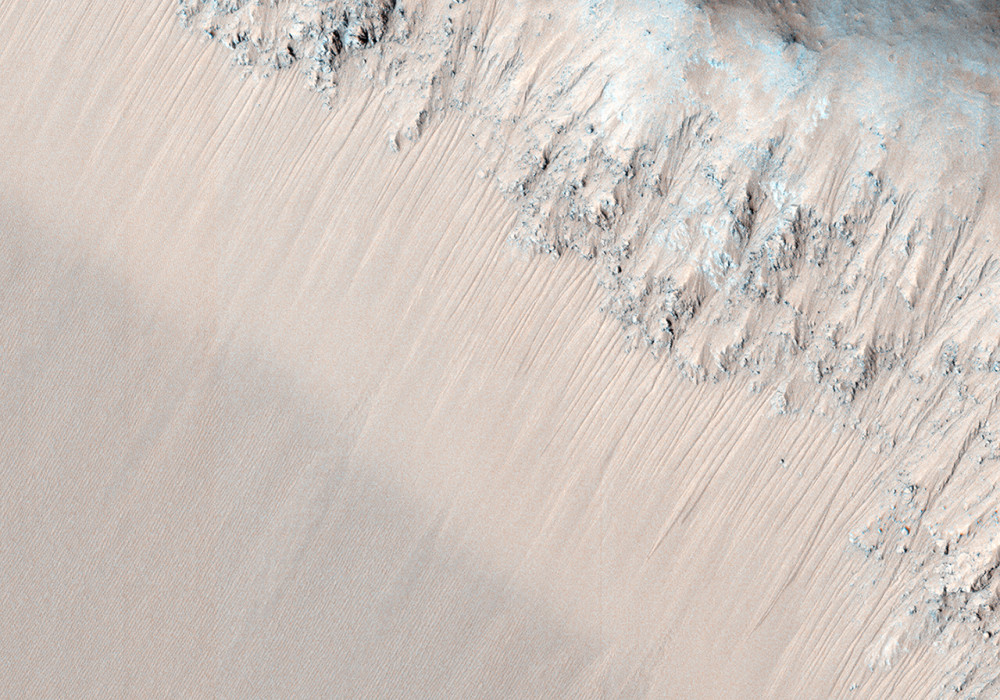