Dark slope streaks are visible in many places on the Martian surface, often where the dust cover is thick. One explanation for dark slope streaks is that they are little avalanches in the dust. The apexes of slope streaks (where they start from) are often at little hills or ridges on a larger slope, with the thinking that the dust here is already close to being too steep, and then any little perturbation will start one of these tiny avalanches. Small craters have also been seen at slope streak apexes. 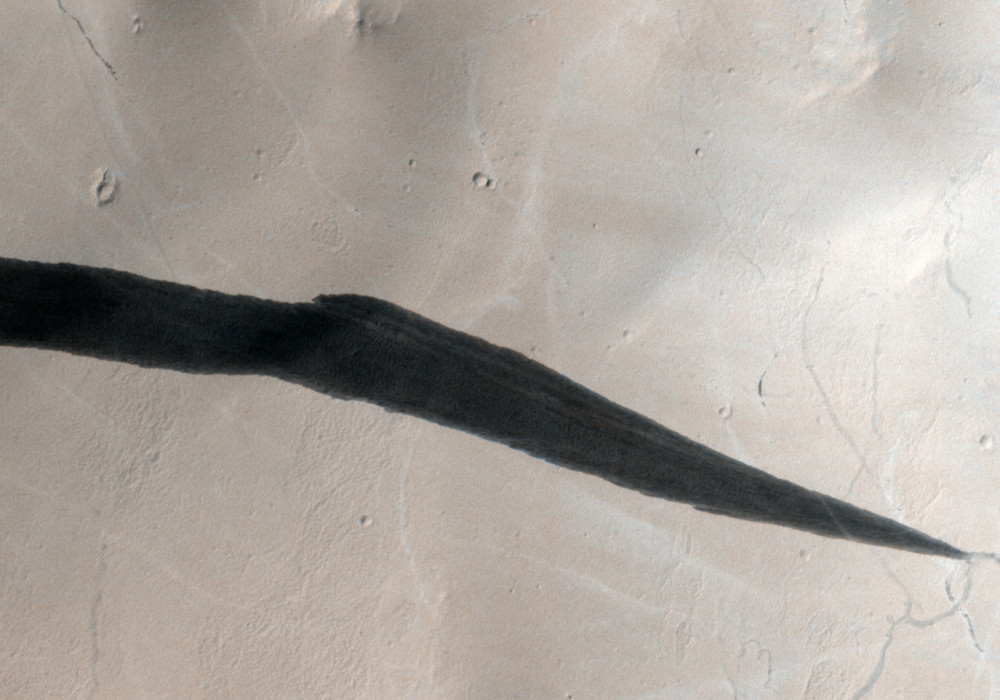