This image shows remnant raised margins and other interior structures of a lobate flow feature emanating the mouth of an alcove along a mesa in Deuteronilus Mensae.

This region of Mars has many features called lobate debris aprons that spread out below the scarps of polygonal mesas. Many of the debris aprons have what appear to be lineations or grooves that are parallel to their movement direction indicating flow of the materials. The flow may be due to the presence of ice in the material. Recent data from the Shallow Radar instrument (SHARAD) on the Mars Reconnaissance Orbiter spacecraft has indicated a large reservoir of subsurface ice in the Deuteronilus Mensae region that supports the observational evidence of surface flow. 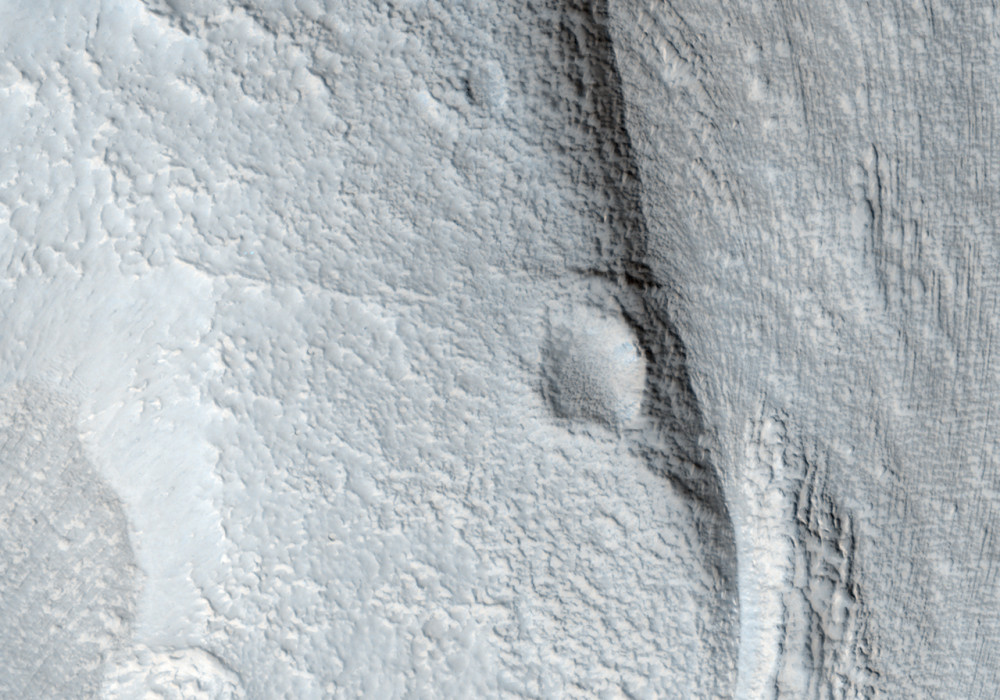