Remains of Summer at the South Pole

The full image captures the margin of the South polar residual ice cap where it meets the surrounding terrain . It was taken during the end of the Mars Southern hemisphere summer.

Towards the north (left in the map-projected image ), what is informally referred to as “Swiss cheese terrain” can be seen. This is thought to be formed as frozen carbon dioxide periodically sublimates (turns from solid directly to gas as the area warms).

Where the dust and ice meet, the dramatic color difference between these two materials serves to highlight a small area of polygonal cracking. Further south, the carbon dioxide ice has given way to more familiar, dusty Mars terrain, here organized in layers .

Scientists monitor the same polar locations within a Mars year to examine the development, erosion, and modification of ice features. However, many areas also warrant study from year-to-year to determine what role inter-annual variability plays in the changing landscape. Previous images from this area can be found here: ESP_012559_0945 , ESP_014273_0945 , ESP_014405_0945 . 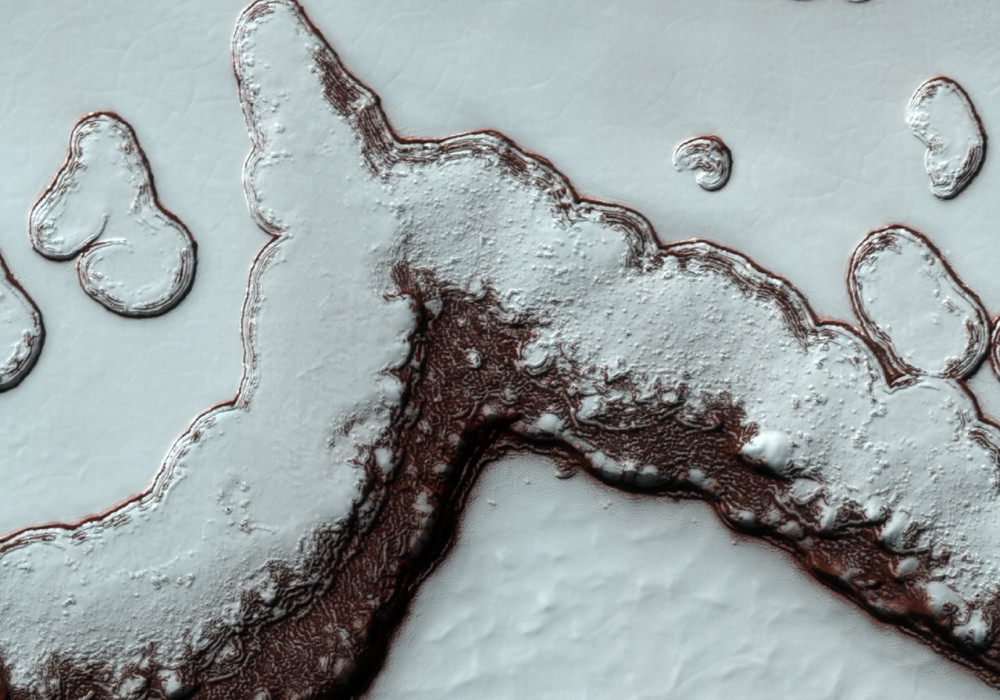