Repeated Erosion and Deposition in the South Polar Layered Deposits

This image of the south polar layered deposits (SPLD) shows evidence of multiple episodes of deposition and erosion near the base of those deposits.

The SPLD, like the north polar layered deposits, are thought to contain a record of global climate changes on Mars. The surface of the outcrop shown here slopes generally toward the right. The layering at the bottom of the image is cut off by deposits that partly fill two broad valleys that were previously cut into the SPLD, probably by wind erosion. These more recent deposits appear to cover the flatter, upper part of the SPLD at left, and have also been eroded to expose layering with them.Written by: Ken Herkenhoff   (3 January 2008) 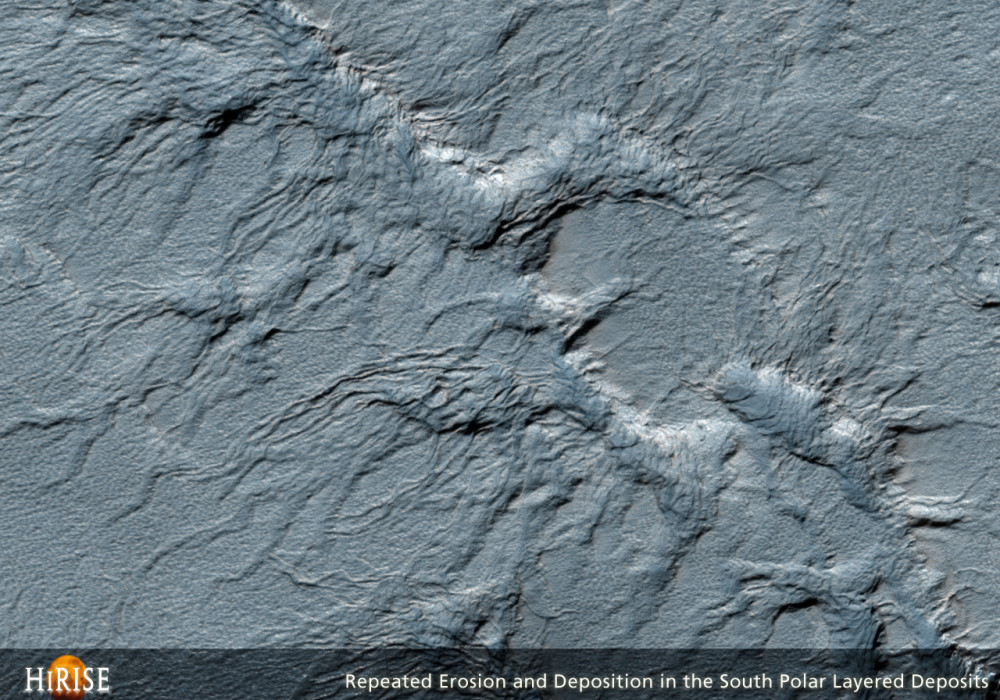