Ridges and Grooves That Wave and Buckle on a Valley Floor

Because these features are only found in valleys in the middle latitudes (30 to 60 degrees) of the Northern and Southern hemispheres, scientists had long suspected that they were associated with some ancient climate that had prevailed in that latitudinal band. Based on peering beneath the surface using radar, scientists now think that lineated valley fill is probably merely a rocky veneer atop a glacier of nearly pure ice! The rocks that make up the linear ridges and grooves were oriented by the ancient flow of the glacier underneath. 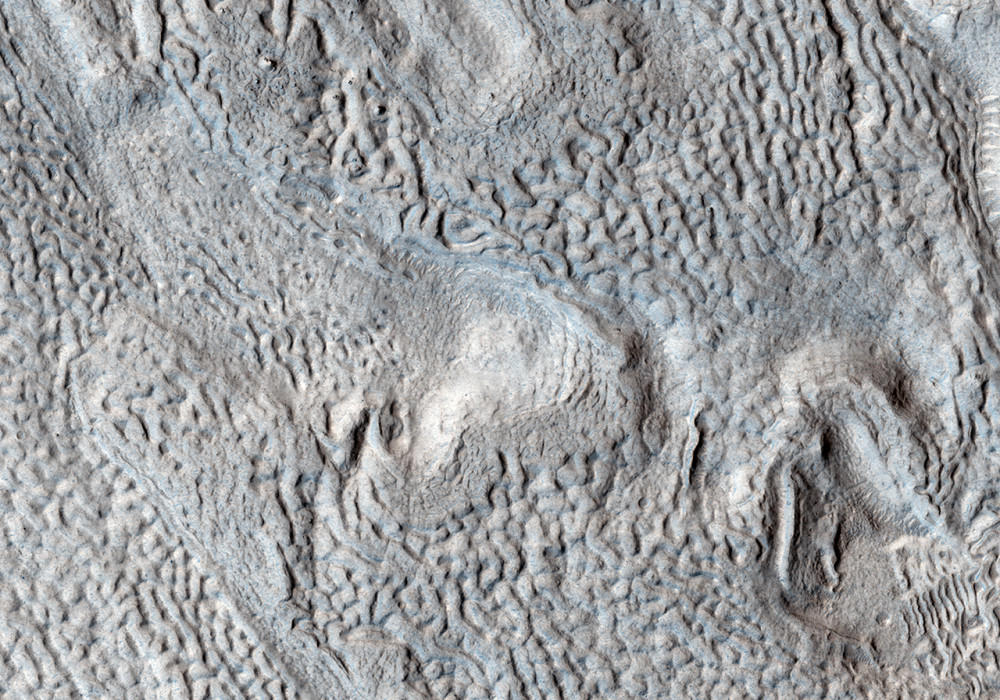