When terrain gets squeezed by geologic forces, deep rocks sometimes break and get pushed upwards forming raised wrinkles on the surface. These wrinkle ridges are common on a lot of planets including Mars.

One of these ridges exists south of this image but seems to have been buried there. With HiRISE, we might be able to figure out the sequence of events by comparing the topography of the ridge with the younger layer that buries it.

Meridiani Planum is famous for another reason. This is where the rover Opportunity landed and has been exploring since 2004. 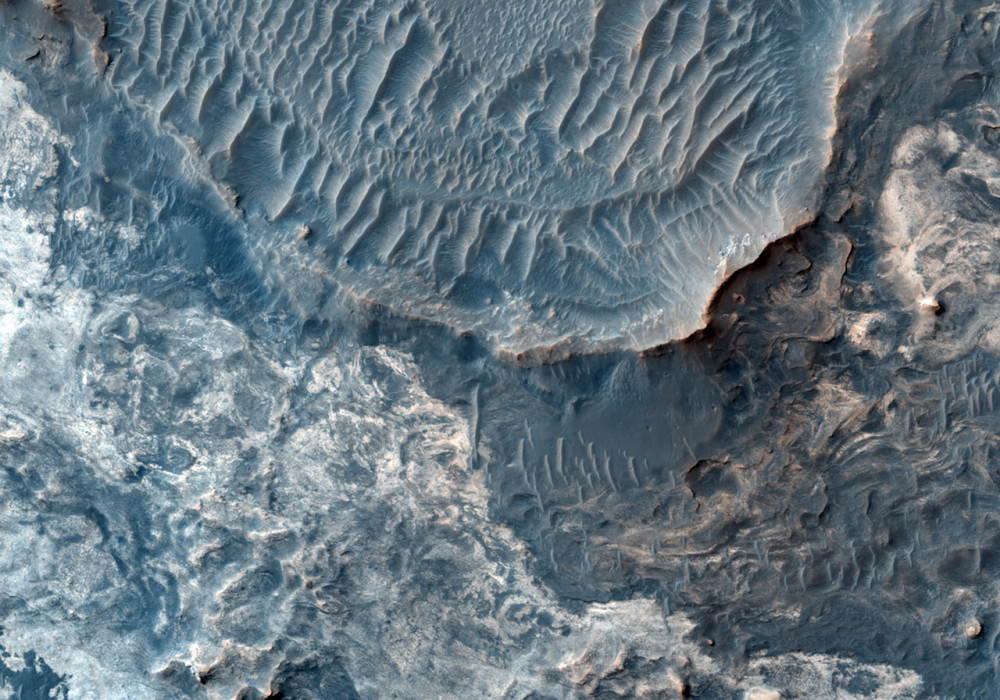