This scene captures about half of a crater with an elongated rim. When craters form, they typically have a circular shape. This crater has been modified since it formed, possibly by tectonic processes or excavation, although its raised rim indicates that these processes have not heavily eroded the rim since formation.

The terrain surrounding the crater consists of megaripples, degraded craters, and rough terrain, possibly due to ancient lava flows from the nearby Hadriaca Patera.

Determining the age of these features and the processes that formed them may be possible; one such process is the interaction between the ripples and bedrock. The transverse aeolian ripples (TARs)with a N-S wind direction appear to be lithified because the rugged bedrock, impact craters, and ejecta overlay the ripples, indicating that the ripples are older. In the larger craters, brighter (possibly newer) ripples suggest a dominant wind direction from the northwest. 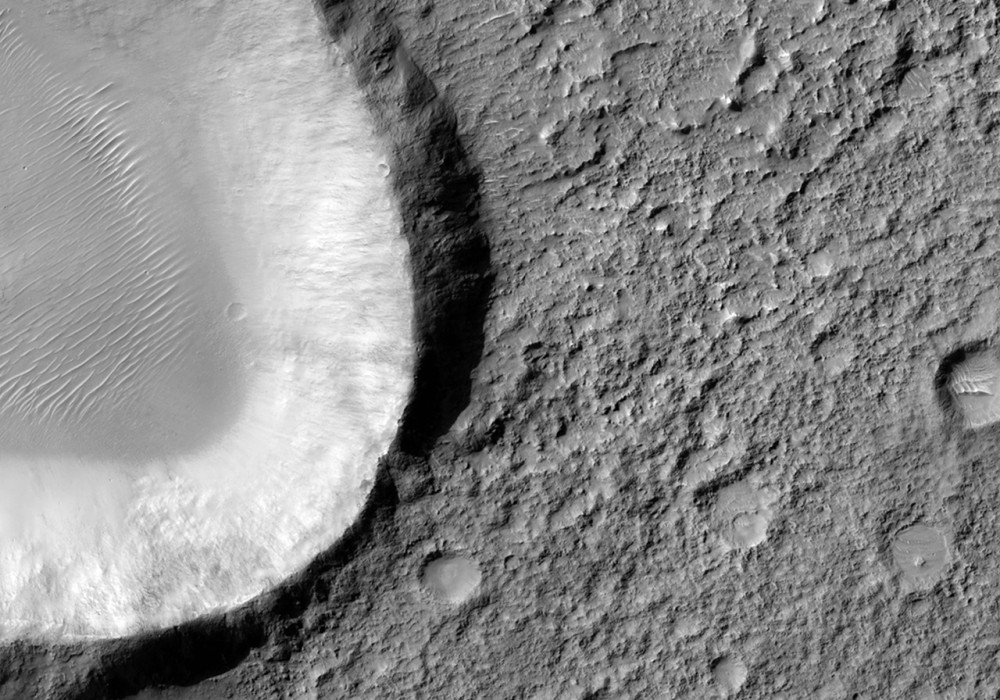