In the center of this observation, we see a ring of cones that have developed over a crater rim. Lava appears to have deflated around and within the ring.

Interestingly, the area around the ring has few cones: did water or steam flow to the crater and make that zone less fertile? These cones are likely “rootless cones,” so named because they do not form as a result of direct magma supply, but from the interaction of lava and water or ice in the substrate. The rootless cones in this image may have formed around the crater rim because the lava was thin there. 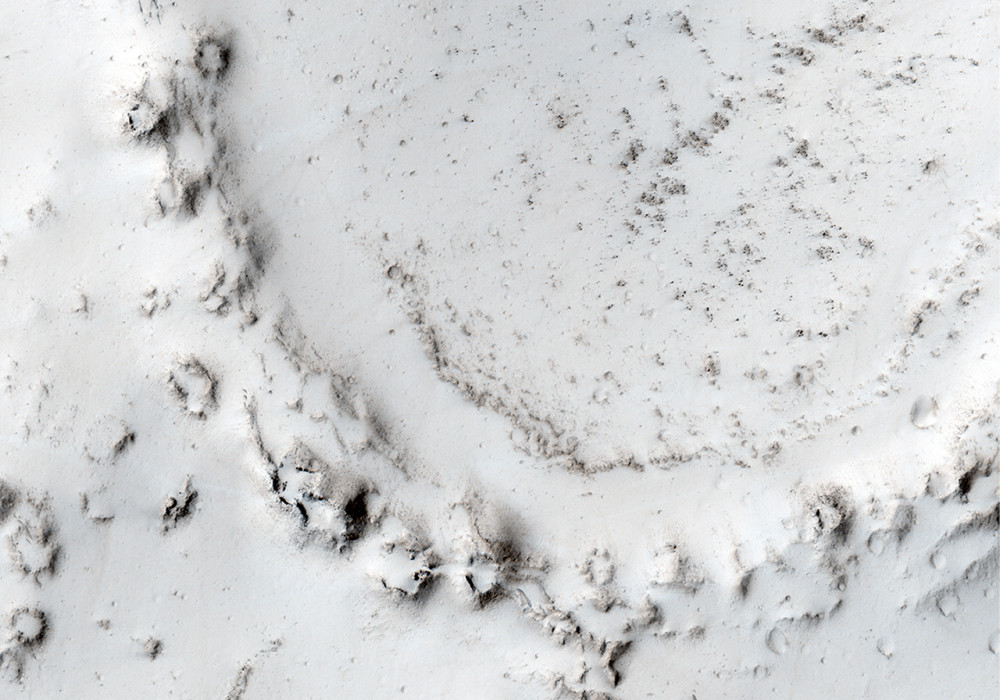