Rippled Surfaces on a Slope in Coloe Fossae

This observation shows us a set of landforms that appears to form a nested “chevron” pattern on a slope in Coloe Fossae. Interestingly, nearby surfaces on the same slope are all parallel.

How do these form? Are they bedforms created by the wind? Why do some slopes have these features and others do not?

Further down the image, we see fretted terrain that’s mostly likely the result of glacial processes. The valley floor offers a stark contrast to the upper slopes and its delicate rippled landforms. 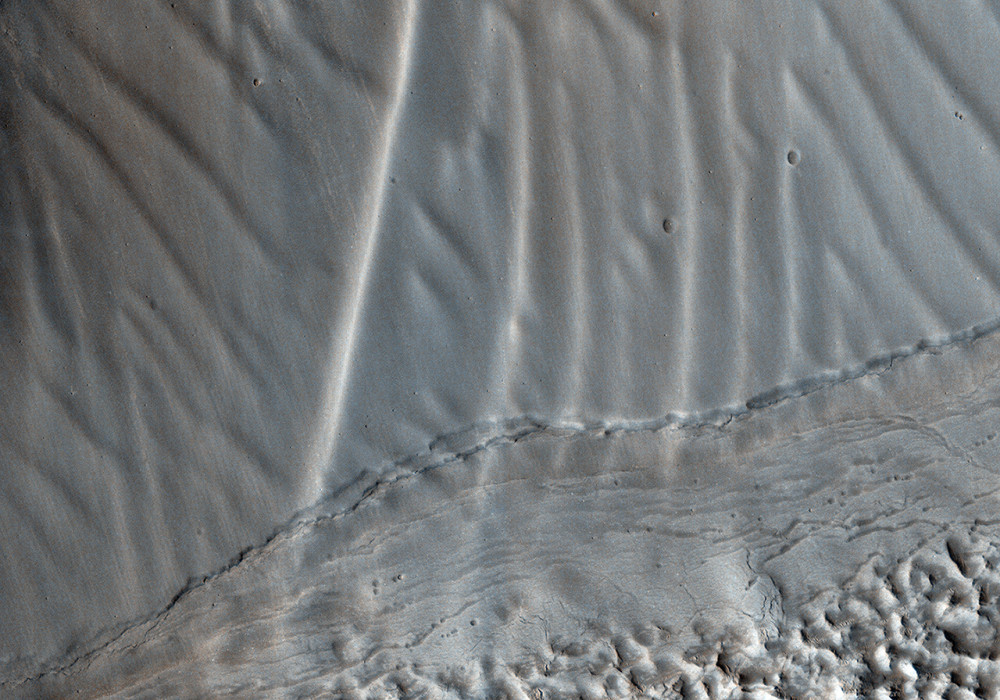