This image shows part of the floor of a large impact crater in the southern hemisphere. The crater lies at the edge of the Hellas impact basin; although it is roughly 50 kilometers across, it is dwarfed by the giant Hellas structure, which has seen a varied and interesting geologic history.

This image captures a diverse range of rocks on the crater floor. A small cliff running across the middle of the image marks the edge of one rock unit, but variations in tone or texture in the northern part of the image suggest a varied history of deposition. Exposures of light, intermediate and dark materials may correspond to different types of deposition, or perhaps alteration after the rocks were laid down. Some units appear rich in boulders, suggesting that they are breaking up into blocks, while at other sites there are thin layers.

This diversity indicates a varied geologic history. Hellas Basin is a low region, and may have once held lakes or seas where sediments could have been deposited. This site is also just west of Hadriaca Patera, an old volcano. Sediment could also have been deposited by wind, or in streams on the surface. Unraveling the history of the region will require many images to illustrate the diversity of rocks and map out where they occur. 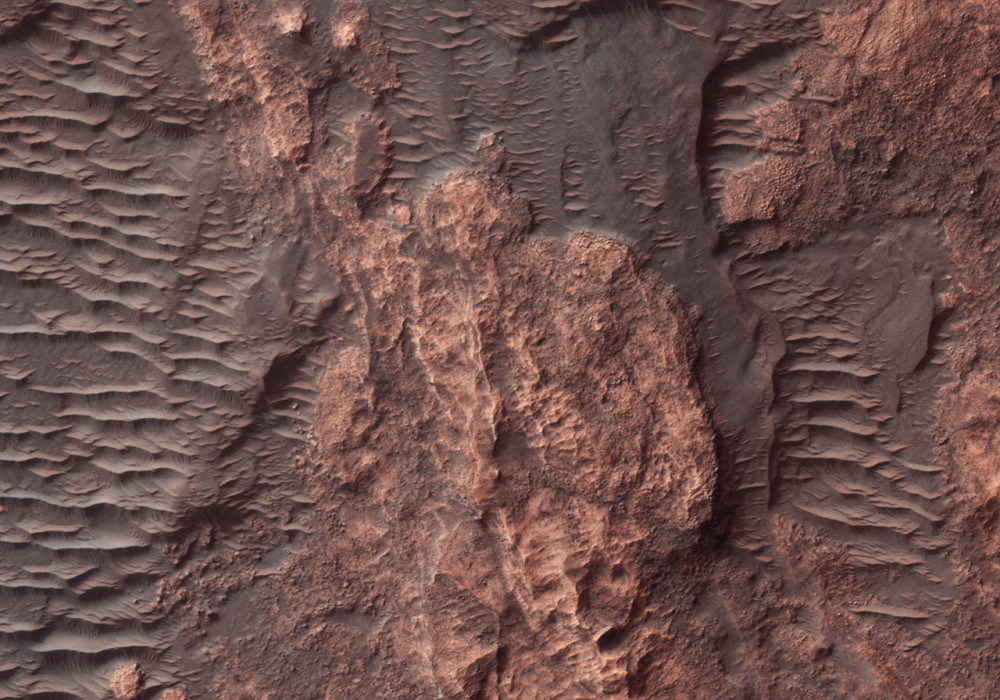