This image covers a region of science interest to which the Mars Science Laboratory rover might drive and explore.

The rover would need to first land in a nearby area that is flatter and less rocky so the chances of surviving the landing are high, but an acceptable landing site might be too far away to count on reaching these mesas.

Phyllosilicate (clay) minerals have been detected in this region by imaging spectrometers on the Mars Express and MRO spacecraft, and these minerals are of great interest in the search for evidence of life on ancient Mars.

Some day the capability may exist for precision landing and hazard avoidance, so a rover could be set down right next to rocky outcrops of interest for study, and perhaps collecting rock samples for return to Earth. The subimage illustrates some of these rocky mesas. It would take a person about 30 minutes to hike across this 1.1 kilometer wide area.
Written by: Alfred McEwen   (22 December 2010) 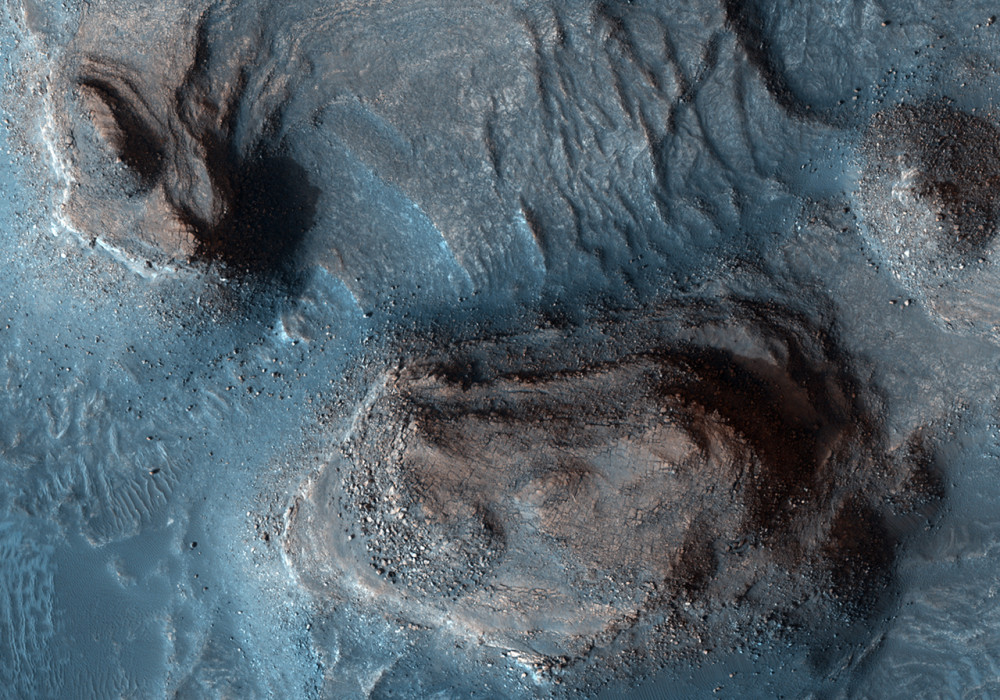