This HiRISE image shows a close-up view of the terrain northeast of Zilair Crater.

In lower-resolution images, from the Context Camera (also on board the Mars Reconnaissance Orbiter), this area looks quite rough. The reasons for this rough texture are difficult to determine; however, clues from the surrounding area help solve this mystery. Many large impact craters surround this image, but there are no volcanoes nearby making it unlikely that the rough surface is from fresh, blocky lava flows.

The high-resolution image shown here reveals a few fresh, irregularly-shaped craters on top of this rough terrain. An irregular crater, approximately 600 meters (2000 feet) in diameter, is visible just right of center, about a third of the way up from the bottom of the image. Its shape suggests that it formed from a body that impacted the surface at a relatively low angle and slow speed. This makes it likely that it is a secondary crater (a crater that forms from debris blasted out of a nearby crater).

The rough terrain here is therefore likely to be a mix of impact material and secondary craters from nearby impacts, such as the one that formed the nearby large Zilair Crater. 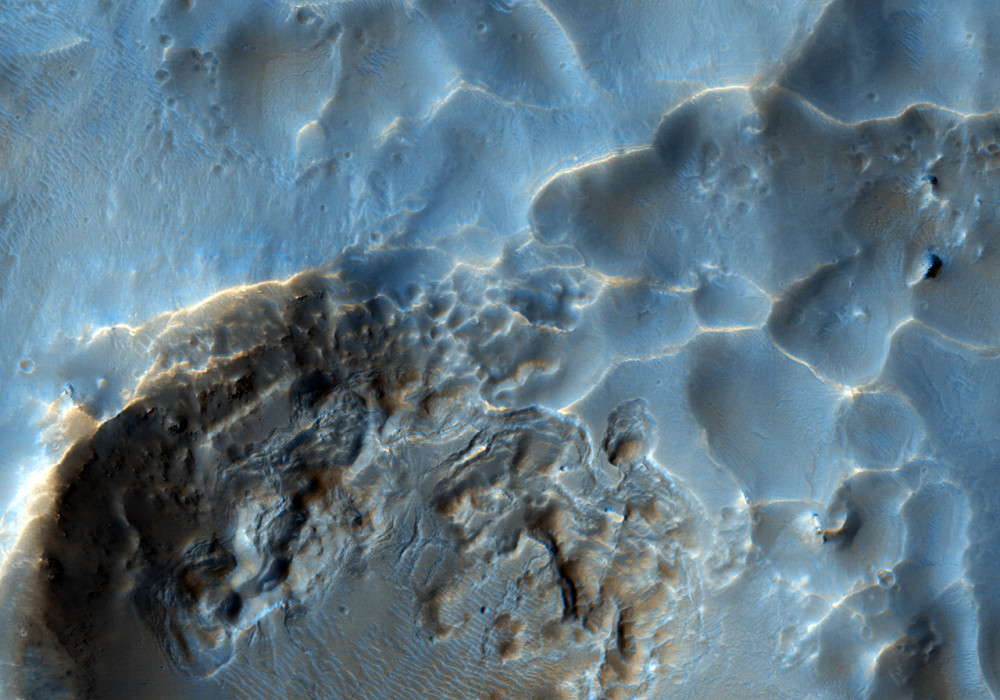