This site along a Coprates Chasma ridge shows what are called recurring slope lineae (or RSL) on generally north-facing slopes in northern summer/southern winter (latitude 12.9 degrees S, longitude 295.5 degrees E). With an animation constructed from multiple co-located images, we can detect surface change and constrain the RSL phenomena.

All of the lineae here and in the larger scene appear to originate from relatively bright bedrock outcrops. Some of the fans that RSL flow over became darker and brighter over time. Image is approximately 950 meters wide. 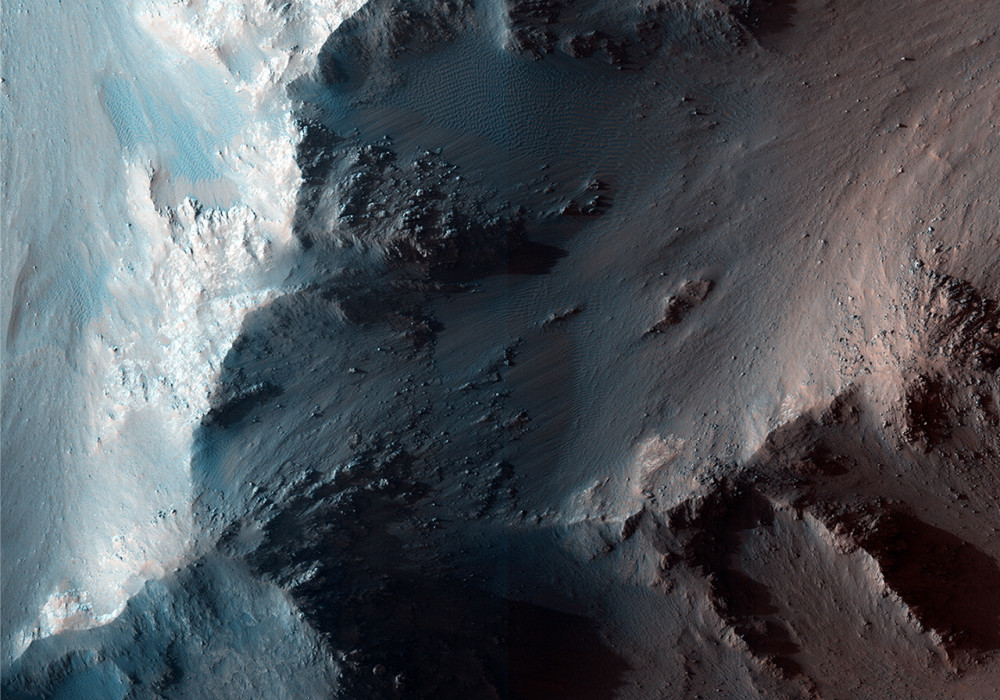