Gypsum is a common water-based mineral found in evaporative beds (ancient lakes or seas) on Earth. Gypsum rarely occurs in sand dunes on Earth as it is water-soluble (dissolves in water). However, gypsum can be trapped in basins that have no water outlets or receive very light precipitation and form beautiful dunes. The White Sands National Monument in the Tularosa Basin, New Mexico, is the largest gypsum dune field in the world. OMEGA, an instrument onboard the European Space Agency’s (ESA) Mars Express has detected gypsum deposits in the Martian north polar erg.

Where did the gypsum come from? Scientists propose that gypsum deposits formed as a result of melting or retreating ice sheets in a polar evaporate basal unit. In this image, gypsum may originate from the bright bedrock and may mix with saltating dark sand. However, the true source of the gypsum is still debated among planetary scientists.

The mafic (basaltic) dark dunes are predominately transverse with transitioning linear and barchanoid dunes with the wind coming from changing west-northwest and west-southwest directions. These dunes have several active processes occurring within them; grain avalanching is present at the crest of dunes and fading dark slope streaks are visible on the slipface. 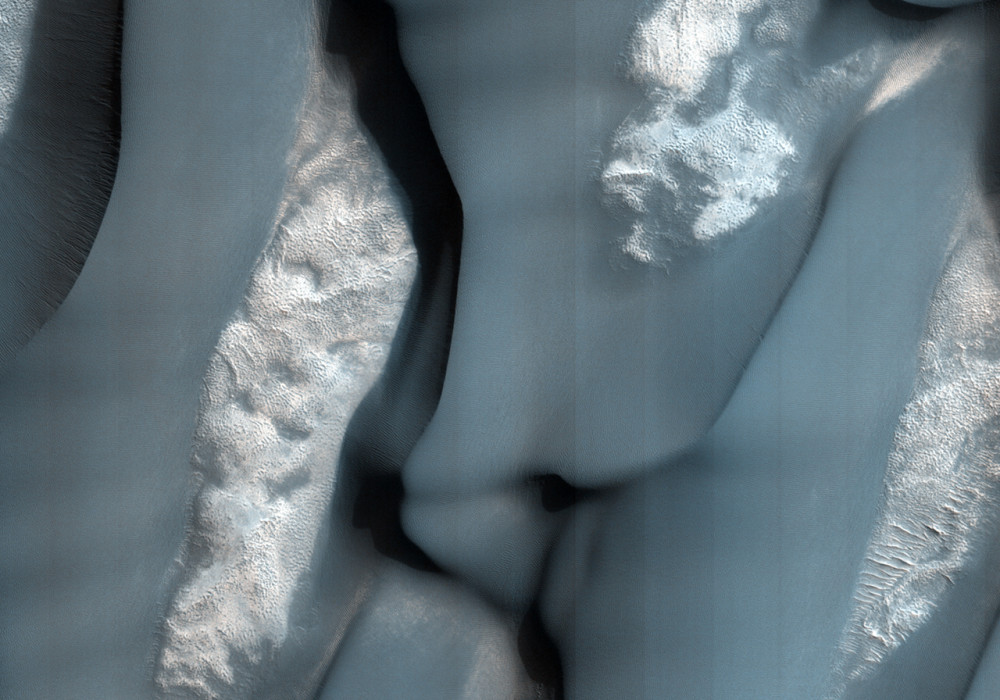