Samara Valles is one of the longest ancient valley systems on Mars. This system traverses over 1000 kilometers towards the northwest across the heavily cratered Southern highlands eroding into the gentle slopes of Terra Meridiani. The valley terminates in the Northern lowlands within the Chryse Basin where both Viking Lander 1 and Pathfinder are located.

The full image is centered at 27 degrees South and 344 degrees West and transects a portion of the upper reach of Samara Valles. The valley is several hundred meters wide at this location and the surface is mantled with dust as evidenced by the system of dunes that line the valley floor. The surface is heavily cratered by ancient impacts whose ejecta blankets have long ago been eroded and subsequently buried by dust which mantles the entire region. 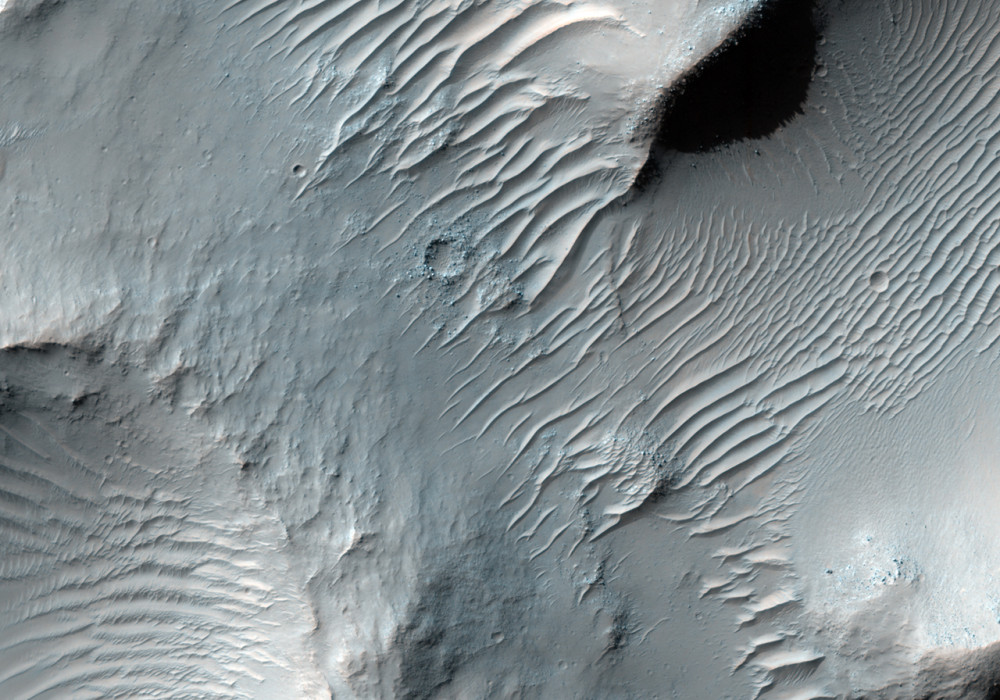