One of the major extended-mission objectives for HiRISE has been to re-image parts of the surface to look for changes. Such observations can tell us what processes are active today. This image was acquired as part of a series to look for sand movement in Meroe Patera, not far from the active sand dunes of Nili Patera.

Our image shows that sand dunes are missing downwind (to the left) of a crater near the center of the observation, because sand falls into the crater and is trapped. Zooming in on the sand-coated crater wall and comparing it with older images revealed a surprise: several major sand flows slumped down into the crater (towards the upper left), leaving small ridges (called “levees”) along their path and rounded piles of sand at the end.

What caused these slumps? Dry ice, which is thought to cause flows in some gullies and the North polar dunes, does not occur this close to the equator. There is no sign of recurring slope lineae, the leading candidates for liquid on the Martian surface. Instead, it is most likely that these were dry flows. They are far larger than the avalanches commonly seen on sand dunes, typified by the shorter light streaks visible in the lower left part of the “after” image, so they might have been triggered by a Mars-quake or an unusually strong wind. 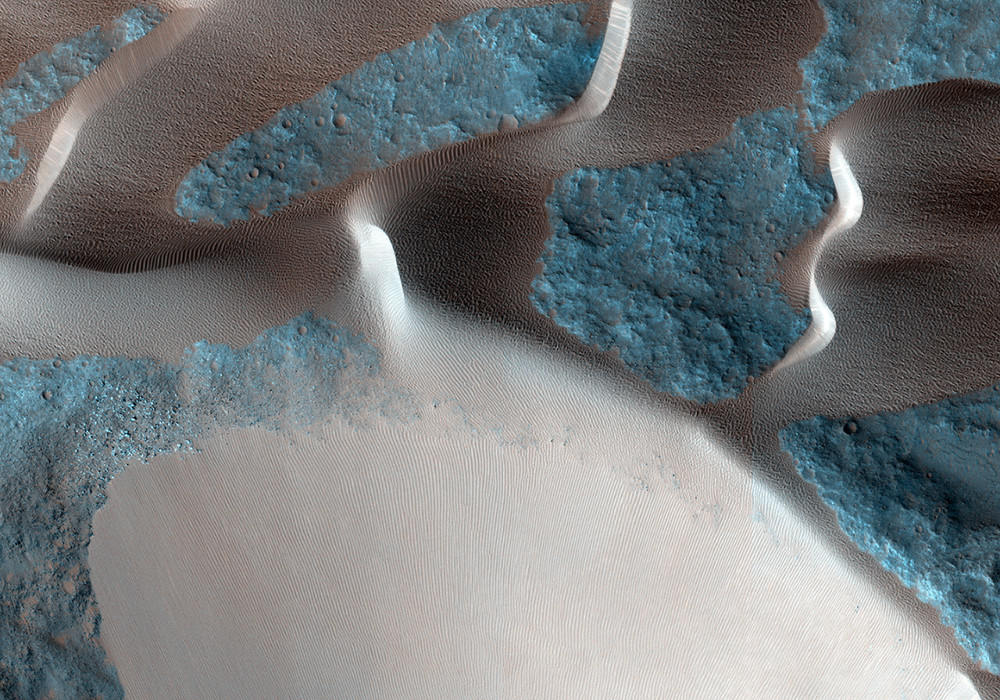