Sand Dunes in the Spring

In the winter, Martian dunes north of 70 degrees latitude are covered by a seasonal layer of carbon dioxide ice (dry ice). In the spring as the ice sublimates (goes directly from solid to gas) numerous seasonal phenomena are observed.

Mars’ sand dunes are dark, but appear pinkish because they are still covered by ice. Where the ice has cracked, dark sand is visible. On the steep sides of the dunes sand slides down in thin rivulets.

Dark splotches along the crest of the dunes may be sites where gas was released in pops, similar to champagne, carrying sand out in multiple directions. 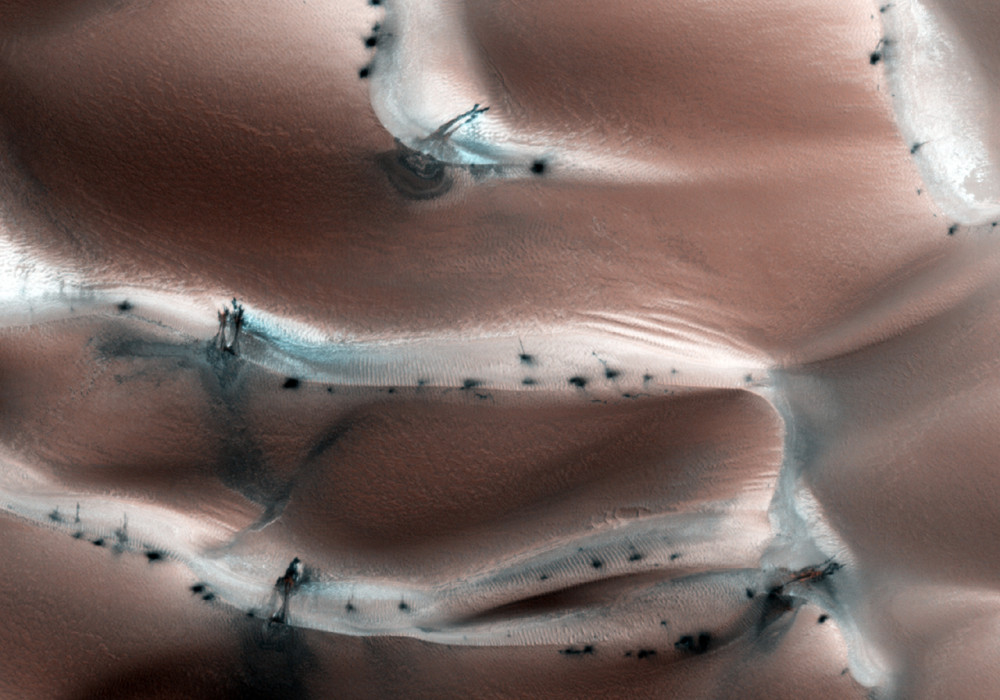